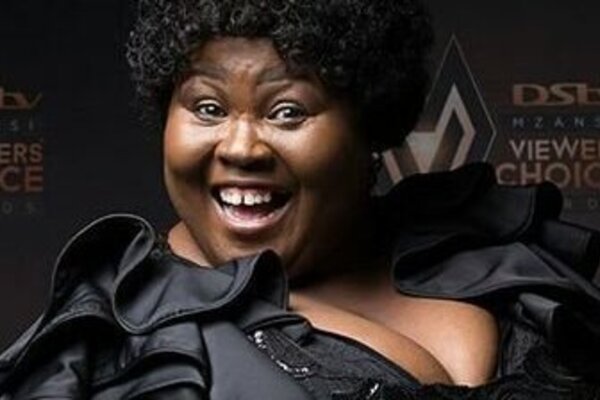 PETRONELLA from The Queen crept into the hearts of viewers with her over the top performance as Jabulani’s wife.

But Thembsie Matu, the actress who plays Petronella, has very little to laugh about at the moment.

The star, who has always been private about her personal life, is mourning the loss of her husband, Peter Sebotsa. It is still unclear how he died but he was found at home by Thembsie last week.

A memorial service was held for him in Thokoza, Ekurhuleni yesterday, attended by her family, friends and some of the cast and crew of The Queen.

M-Net’s Philly Kubheka said: “Our deepest condolences go to the Matu family from the Mzansi Magic team. Please note she will not be available for interviews during the grieving process. The channel requests that her wishes be respected.”

In an interview with Move! magazine last year, Thembsie said she didn’t want to expose her life to the media, including her relationship with her husband.

She said he was a caring and loving man and a Godsend.

Thembsie, a mum of two, has been gracing our screens for over 30 years.

Thembsie’s son and manager, Neo Sebotsa, said: “My mum is really heartbroken, having been married to my dad for many years. We have been preparing for the funeral on Saturday in Thokoza. Colleagues, neighbours and the community have supported us and we are very grateful.”