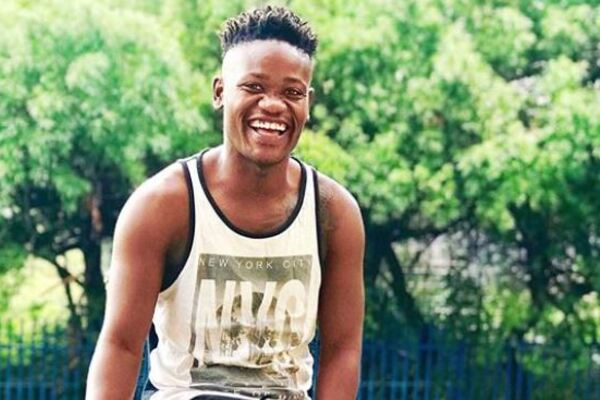 As if Skeem Saam fans didn't have enough to worry about with Octavia possibly scamming Leshole and Big Boy, they now have to deal with Kwaito playing games with Glenda's heart.

Dude is two-timing Glenda and was really aggressive towards her when she surprised him by staying over at his place without informing him.

Kwaito's side Lizzy demand that he drop Glenda or she would leave him, and dude said he would do it.

The thing is Glenda has always been there for Kwaito, even when he went crazy and walked on campus naked last year.

Fans of the show felt it was unfair to Glenda, especially after she did so much for him.

Kwaito's sister Glenda claimed that she had told her folks that she was working a promotional gig so they wouldn't ask why she was staying with Kwaito and his family.

Kwaito was super dodgy and called Glenda's mom to thank her for letting Glenda stay there and played up how much she was helping his mom around the house.

Glenda got into serious trouble and had to leave the house.

Fans were gatvol of Kwaito's attitude towards Glenda and the way he was two-timing her. They came through with memes and messages threatening to call Uyajola host Jub Jub Maarohanye on him.

While others used their entrepreneurial brain to demand that Kwaito pay R200 for their silence.

Kwaito, I won't tell Glenda you want to dump her, so kopa R200 #SkeemSaam pic.twitter.com/diJhPmB1Ln

You know of a guy by the name of JubJub Glenda #skeemsaam pic.twitter.com/CYEtoQvneR

#SkeemSaam I think is about time Glenda calls Jub-Jub…#Uyajola99 pic.twitter.com/KyaiF4sA7p