Having four wives might sound like a full-time job – and maybe it is – but that doesn't mean there isn't true love involved. Polygamist Musa Mseleku adores each of his wives for different reasons and he recently shared those reasons

Musa Mseleku is likely the most well-known polygamist in Mzansi. His show, Uthando Nes'thembu, gives us a look at the polygamist lifestyle and has quite the fanbase.

From what has been shared, Musa is doing very well for himself and his four wives. Many people may think that with so many partners there can't be a lot of deep and real love, but Musa seems to love each of his wives. Of course, since they're different people, he loves them for different reasons and possibly in different ways. The businessman recently opened up on what they all mean to him, sharing it with his social media followers.

MaCele is Musa's first wife and is filling the role perfectly. Musa sees her as the pillar of his family. According to Youth Village, she's the only wife that Musa is certain won't leave him, no matter what happens. MaCele often speaks her mind, regardless of how people feel about what she has to say.

Musa's second wife is a favourite with Uthando Nes'thembu viewers. Musa has been quoted saying that their love is amazing – they must be close. MaYeni is also known to stand her ground firmly, and she also doesn't hold back when it comes to expressing how she feels.

MaKhumalo is also a favourite with fans of the show – they admire her quite a lot. Musa sees her as the unifying member amongst them. He has also on occasion shown a soft spot for MaKhumalo, and many feel she might be his favourite, although he denies having one. 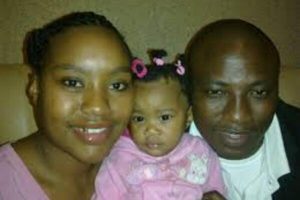 Musa's fourth wife is very quiet when compared to the others. She prefers to keep to herself and doesn't make 'headlines' like the other wives do. MaNgwabe and Musa are close friends – an important part of any good relationship. With four wives to love already, does Musa really need a fifth? While it doesn't seem like his current partners will let him, there are rumours that he really wants one more wife.
-Briefly/celebgossip.co.za