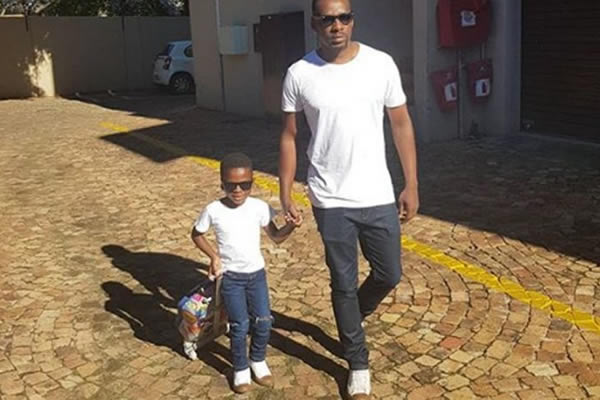 Lesley Musina is grateful to have escaped unharmed after he and his four-year-old son were held at gunpoint at a petrol station last week
The actor reflected on the scary incident on Instagram, saying that it was disturbing as a parent that his son witnessed the ordeal.

“We always appreciate surviving unscathed and unharmed. What was most disturbing for me is that my four-year-old son witnessed the whole terrible ordeal,” he said on Instagram.

Lesley explained that on Thursday night he drove to a nearby petrol station to get his son a chocolate when he was attacked.

“I went to Total garage to go buy chocolate for my son who had been nagging me about it. I hardly ever go to that garage but was too lazy to go to the 24-hour Spar up the road as I didn’t wanna stand in a long queue. So I got to the garage, left my son in the car watching cartoons on my other phone. I didn’t want to go into the shop with him as I wanted to quickly buy and leave,” he said.

Lesley said that, as he got back to his car and was about to open the door, he realised that he was surrounded by four men with guns
“As I opened my door, I heard a man’s voice yelling: Lie down, the next thing I was being manhandled. At first I thought it was someone I know pulling a prank on me. I looked up and saw four men, wearing hoodies and bandanas covering the lower part of their faces,” he added.

Lesley went on to explain that his son saw what was happening and started screaming hysterically.

The men then took one of his cellphones and fled the scene.

“At that time my son was crying and screaming helplessly. The four men then fled, I chased them for a few metres but realised, I can’t leave my son behind. I then went to my car and tried to chase them,” he added.