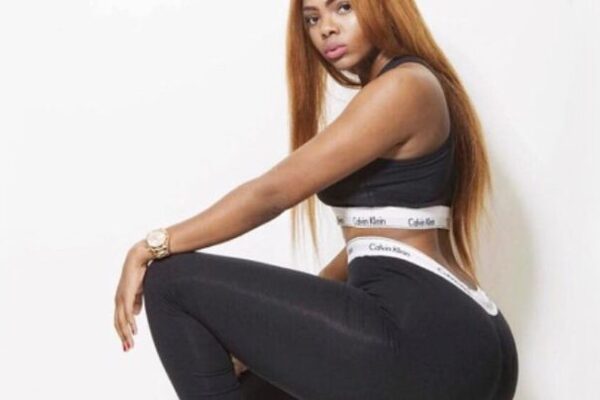 According to Sunday Sun the charges were laid against the model after she allegedly threw a wine glass at a man named Tebello Gcaba. The report further claimed that Londie pulled his spectacles off his face.

A source told the tabloid that, after Tebello’s glasses were yanked off his face, he couldn’t see properly.

“While they were moving inside the house from the veranda, a certain lady took away his glasses from his face. He could not see properly but managed to grab her hand telling her to give back his glasses,” the source said.

It is unclear where the pair were when the incident took place.

SAPA spokesperson Kay Makhubela confirmed Londie’s arrest to the tabloid, saying that she was released on R1 000 bail.

The model is yet to publicly comment on the allegations and her arrest.
Londie is one of several celebs who have landed in trouble with the law lately

Just last month a video of actress Khanya Mkangisa being arrested by cops for alleged drinking and driving went viral.

In the video, Khanya could be heard having a heated exchange with a female police officer.

Shortly after the incident, Khanya admitted to being in the wrong but claimed she was tortured by the police.

“I was in the wrong, no one should be ever driving under the influence, for whatever reason… That shouldn’t have happened, that I acknowledge but keep the same energy, treat me like you would everyone else,” she said on Metro FM.

Meanwhile, on social media it’s been business as usual for Londie.