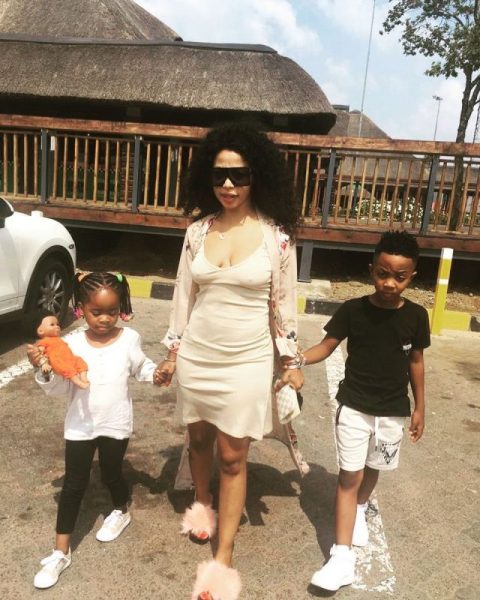 She appeared on ‘Behind the Story’ a few days ago and made it clear that she wants nothing to do with Jub Jub.

Kelly added that she does not need the musician’s help raising their son.

“I’m happy with my son hating me later, I’m totally happy with that. I’m raising an honourable man the best way I know how, and what I have experienced at the hands of that person is enough for me to close the door completely,” she told Pearl.

She made the comments while speaking about his 2010 arrest for a drag racing incident that left four schoolchildren dead and two others with brain damage.

It was a very strange time in my life, I was dealing with a partner who going through a very serious case, who was also very abusive, emotionally and physically, who does not appreciate anything…. I was left very confused. I was very broken,” she told MTV Base in a tell-all interview with 2016.

He was released from prison in January 2017 and vowed to turn his life around.

The musician begged for forgiveness in a song that dropped shortly after his release called Ke Kopa Tshwarelo (‘Please forgive me’). Jub Jub’s career is back on track since its release. He has made several TV appearances and is currently the host of a hit reality show, Uyajola.
His fans seem to have forgiven him, but Kelly is not ready to do so, and we doubt she will be anytime soon

While many understand why Kelly wants nothing to do with Jub Jub, others feel it is “unfair” that her son won’t get to know his father.

“I don’t agree with Kelly keeping Jub-Jub from his son because of her experiences with him. How the child experiences his father, its different from how she did. Parents don’t have to like each other but parenting is a joint effort. The boy needs his dad,” one wrote.

Another added: “Kelly Khumalo is selfish yoh! She is using her son to fight her battles with her baby daddy.I get it maybe Jub Jub hurt her so bad that she can’t forgive him, but ppl learn from their mistakes and change and her son needs to have a relationship with his father.”

“Jub Jub abused Kelly and now she wants the abuser nowhere near her son,” one wrote.

#BehindTheStory how does Kelly Khumalo speak of GOD and yet she obviously has NOT forgiven Jub Jub. She contradicts herself. Is this whole GOD thing to keep Chad bcz the FACT is, tht will ALWAYS BE Jub Jubs son and no amount of Chad can change tht. Some women are VERY SELFISH

Jub Jub abused Kelly and now she wants the abuser nowhere near her son. #BehindTheStory pic.twitter.com/V4PrQ7mztW

Kelly and Jub Jub really hate each other yhu #BehindTheStory