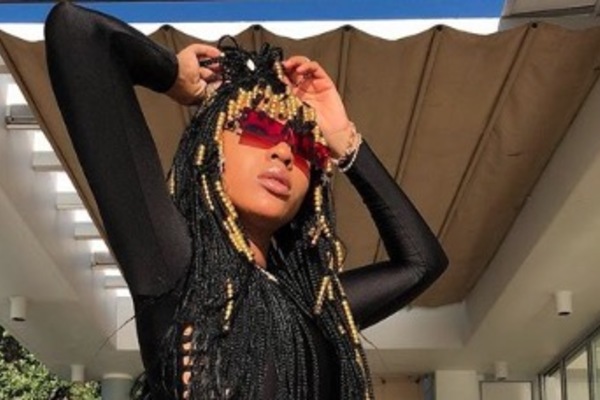 Yoh! We all knew that Nadia Nakai was edgy, but we never expected this. Nadia wore a rather questionable outfit during her performance at the Castle Light Unlocks concert that caused a large debate on social media. Nadia has done the most to grow her career. Being as successful as she is, at her age, is super-impressive.

Nadia’s performance at the Castle Light Unlocks concert was electrifying. Nadia was trending for over 24 hours, but it unfortunately was not because of her lit show The young female rapper caused a stir when she walked out on stage with hardly anything on. Nadia’s super-revealing neon yellow G-string outfit had many questioning what the heck she was thinking. Gurl, your arms were more covered than your hoo-ha!

Best believe Nadia got the attention she was looking for; however, she has dropped a few grades in a lot of people’s books because of it. Sis should have consulted Zodwa Wabantu before she tried to pull off a stunt like this.

At this point Nadia nakai is the Zodwa wabantu that went to private school… pic.twitter.com/wAd1PFl6VM