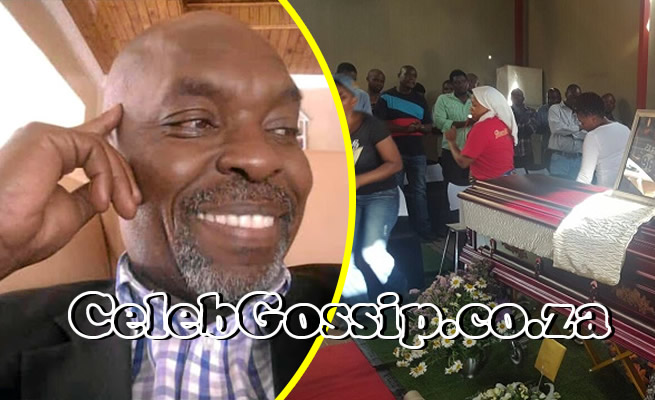 The wife of Skeem Saam actor, the late Thema Mokoena, has denied that there is a tug-of-war with his family over where he should be buried.

Renowned for his role as Ramolao on the SABC1 youth soapie, the 52-year-old died on Friday at Steve Biko Academic Hospital in Pretoria after a long battle with a heart condition.

He had been in hospital for two weeks.

However, his widow Lindiwe confirmed to Sowetan that there was an initial "misunderstanding" over where he should be buried but everyone is now in agreement that he will be buried at their home in Ebony Park, Midrand, on Saturday.

"Yes, there was a disagreement with the family but now an agreement has been reached. It was more of a misunderstanding because most people knew him to live at his birthplace [Tsepo section in Tembisa]. Most people didn't know he had a house in Midrand. Because people would see him in Tembisa with his siblings, they thought he still stayed there," she said.

According to a close family friend, Lindiwe and Mokoena's family were at war over where he should be buried.

The family wanted him to be buried at his birthplace in Tembisa.

Mokoena has been acting for over 20 years. Before his current acting stint on Skeem Saam, he had supporting roles in Khululeka, Generations, Isibaya, Scandal!, Isithunzi and Isikizi.

"He was a loving person with a great sense of humour. He loved acting and it was his life. He wanted to end up opening his own acting academy," Lindiwe said.

Vuyo Mthembu of the SABC commented: "It is with great sadness that we have learnt of the passing of Thema Mokoena. He was a valued member of the Skeem Saam team and will be dearly missed.

"On behalf of the channel, cast and crew, we wish his family strength during this difficult time."