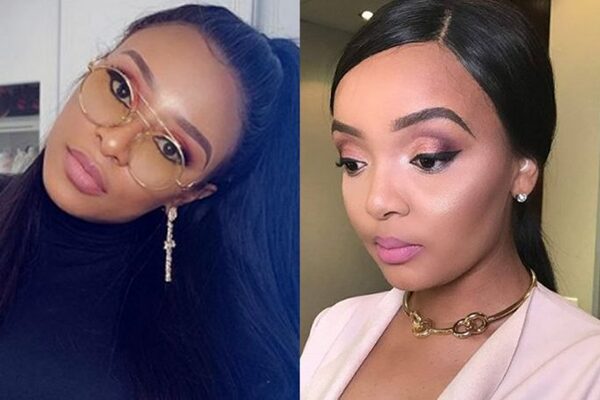 In case you have been living under a rock over the past few years, Pinky Girl is Bonang Matheba’s cousin. She appeared in Queen B’s hit reality show, Being Bonang.

It’s no surprise that Zinhle is not a Bonang fan – what with B cheating with Z’s baby daddy AKA while Z was pregnant – but we did not know that Zee had it in for Pinky Girl as well.

The DJ set tongues wagging during a live Q&A session on her Instagram Story, in which the 35-year-old casually mentioned that she had a helper named ‘Pinky’.

Tea lovers added one plus one and got three – Zinhle was taking a swipe at Bonang’s sidekick!

If you missed the Q&A, entertainment vlogger Owamie Hlongwane captured all the drama on her YouTube channel for all to view.

One of Zinhle’s followers says she heard that the star had a helped named ‘Pinky Girl’.

Zee clarified that her helper’s name is just Pinky. She also admitted that she is not a fan of Pinky Girl

“I am not really a fan of Pinky Girl but she is… Pinky Girl, and when I heard that there was a Pinky at my house, I just thought, ‘Wow okay’. That’s it, it’s not really a big deal, man,” she says.

Zinhle said she would not be surprised if her comments make it onto entertainment news sites, but was adamant that she was not shading Pinky.

“I am not throwing shade at all, it so happened that there is a lady in my house who has the same name as someone that is… is she in the industry? …But I do not have a problem with Pinky Girl, she’s cute.”

Mmm, we think Zinhle has learned a thing or two about shade from her BFF Pearl Thusi – SA’s original shade queen.