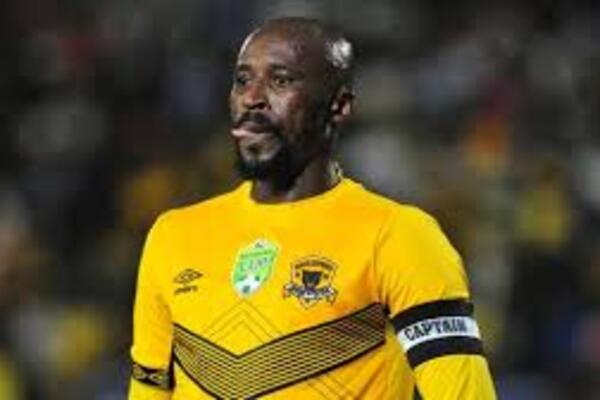 SHE BOOKED his flight and she made his arrangements.

But she didn’t know he was going home to the DRC for a very special occasion.

SHE ONLY FOUND OUT WHY HE WAS THERE WHEN SHE SAW HIS WEDDING PICS ON SOCIAL MEDIA!

Lannah Mashele (30) claimed she was happily dating Black Leopards’ defender Jean Munganga (33) for about a year when he went home for a short visit.

Then Lannah got the worst surprise of her life.

When she learnt that the man she thought was her loving boyfriend was in the Democratic Republic of Congo to marry his baby mama, she collapsed.

She told Daily Sun she booked a flight for him.

“He usually asked me to do to do his bookings as I work at the airport,” she said.

Lannah works as a travel agent at Polokwane Airport.

She said she even spoke to one of Jean’s relatives in the DRC on Saturday.

“We had a nice talk. There didn’t seem to be anything wrong.”

Then on Sunday she saw Jean’s wedding pictures on his Instagram account. She forwarded the photos to Daily Sun.

In one picture Jean is wearing a black suit and a white shirt while his wife is wearing a white wedding dress.

This is after Jean had told Lannah they were going to get married next month and that he wanted them to visit his family in December.

“I’m heartbroken. I never thought he would do this to me. I knew he loved me because he told me all the time but then he decided to do this,” she said.

“I’m feeling terrible. I can’t drive and I can’t eat,” she said.

Lannah’s close friend said they are disappointed at the way Jean treated her.

“My friend is now in hospital because of him. He’s a liar and he needs to be exposed,” she said.

Lannah’s friend said she shared everything with her.

“Jean stayed in a townhouse in Polokwane and when he took time off from football, he used to spend most of his time with Lannah,” she said.

“They went to Mall of the North restaurants together. They loved each other.”

She said Lannah did the bookings for Jean and he left for DRC on 29 May.

“She was happy that Jean was finally going to see his family but little did she know he was going to find his wife.”

She claims Lannah told her that Jean’s lover from the DRC once stayed in South Africa but they separated.

“When Lannah met Jean the woman had left three years earlier and was not in the picture.”

Daily Sun sent several WhatsApp messages on his DRC contact number to get his side of the story but he never replied.

His local number was also on voicemail.

Lannah said he was still in the DRC.