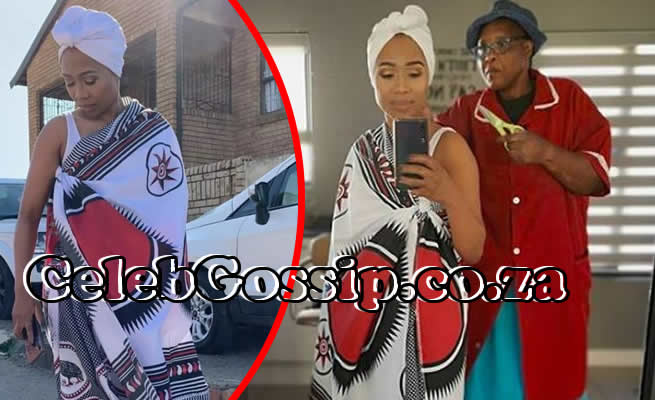 A FEW years ago, media personality Dineo Ranaka revealed she would not be going through the thwasa process. However, over the weekend she posted a photo of herself dressed in traditional clothing.

It's no secret that Dineo Ranaka is a spiritual person who prays, meditates and fasts.

She has been trending on social media after sharing snaps of herself in traditional regalia usually associated with an ancestral rituals or training. The radio presenter posted the picture of herself in the white, red and black clothes on Instagram, accompanied by vague captions.

The pictures sparked speculation that Dineo may have been called by her ancestors and undergone a traditional ritual.

"Rooted," is all Dineo said to describe the photo.

Her followers went on to congratulate her for "embracing" her ancestors. Her sister Manaka Ranaka simply said, "Lesedi", which means light.

In a previous interview with TshisaLIVE, Dineo explained that she embarked on a spiritual journey in 2018 for purpose and alignment.

See the snaps below.

In the finale of the fourth season of her reality show, Dineo’s Diary, she revealed she had felt the ancestral calling – but viewers were left in the dark as to what direction she would take.

She later told a magazine she didn’t undergo sangoma training as some of it didn’t make sense to her.

But speculation that she had changed her mind went flying when Dineo’s sister commented “Lesedi” on her Instagram photo.

Lesedi is mostly said to people who have a calling.

Dineo recently said she was at peace with who she was and realised life didn’t have to be a drama.

When the SunTeam contacted Dineo for comment, she said, “Phumani lapho,” meaning “Stay away from that part of my life”.

“It’s not for discussion. I know you have a strong basis from my previous interviews on this matter but I’m not willing to talk about it.”

Gogo Nontsikazi, a well-known sangoma, said: “These days people do what they want. They don’t understand the implications of messing with the ancestors.”