It doesn’t happen often, but when celebrities date and their age differences are considered to be “unconventional” then you’ll usually find that the citizens of Mzansi have something (or a lot!) to say

Firstly, what is “normal”? Most people expect a woman to date a man who is just a few years older than she is. If the gap is too wide, or if she is considerably older, people, for some reason, tend to have an issue with it.

Regardless, we know that age is nothing but a number and as long as both parties are matured adults, we don’t see an issue with some of these unconventional age gaps.
Here are a few celebrity couples whose age gaps have had people talking on the timeline…

Phat Joe, who is 43, raised a number of eyebrows when he proposed to (and eventually married) the mother of his child, Palesa Morgan who is 26.

Zodwa Wabantu and her fiancé Ntobeko are the very definition of unconventional.

Never mind that she proposed to him and is paying his lobola, she has spoken many times about the benefits of dating a man who is six years younger AKA a Ben 10.

Sarah Langa and her hubby Jehan are happily married even though some people felt that she was too young for him.

Earlier this year, Sarah revealed that she had absolutely no qualms about dating a man who was 17 years older than her. 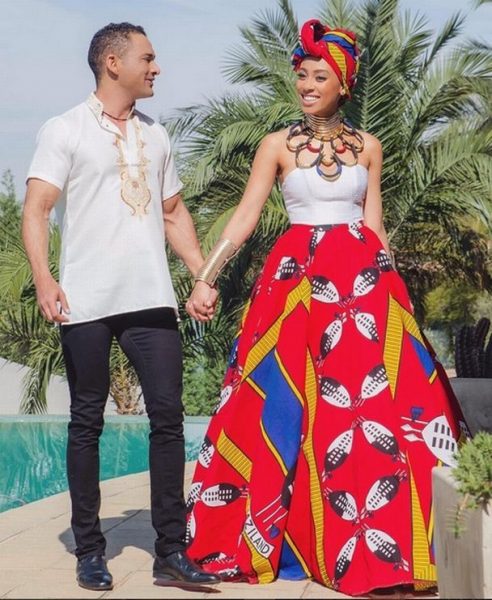 DJ Zinhle and AKA

Perhaps the most “normal” unconventional couple on this list is DJ Zinhle and AKA. The lovers are within five years of each other but it’s DJ Zinhle who is the older member of the relationship at the age of 35.

In the past, many people believed that AKA is too young (read: too immature) for her but that appears to be less of an issue in their 30s.

Is there anything about Babes Wodumo and Mampintsha’s relationship that is NOT controversial?

The on-and-off lovers are not your typical couple, nor do they share a typical age gap. Mampintsha is believed to be 36 while Babes Wodumo is currently 24.