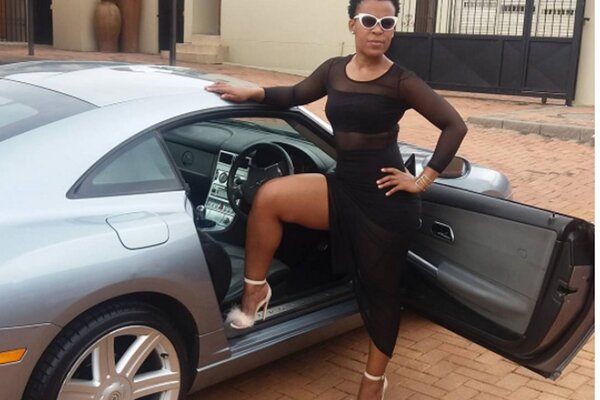 Zodwa’s face has been a topic of discussion for as long as she’s been famous, as many of her critics have tried to bully her for her unconventional looks.

Some of the insults are not worth repeating, but Zodwa has repeatedly embraced the shade by suggesting that she could and would never change her God-given face, regardless of who did not find it attractive.

So you can imagine our surprise when all the chatter on the timeline was about the Uncensored star deciding to get plastic surgery. After some swift investigation, we realized that the rumours stemmed from a video that the dancer had posted of herself receiving the now famous vampire Facial procedure (which, to be fair, looks surgical!).

However, once she caught wind of the “surgery” rumours, Zodwa quickly set the record straight by letting everybody know that there was nothing she wanted or needed to “fix” on her face

When contacted by Tshisa Live to clarify, she said in her typically outspoken fashion, “Those that think I’m ugly must just hang in there because my ‘ugly’ face will never change.

“My fans never have to worry about me getting plastic surgery on my face. There’s nothing to fix on my face. The procedure I posted was about my skin, I want to get rid of blemishes and dark spots and to prevent wrinkles and such. I want to look fresh,” she said.

The vampire facial has quickly become a firm favourite in Mzansi with many South African celebrities resorting to the procedure in order to maintain youthfulness and vibrancy in their face.

Following the likes of DJ Zinhle and DJ Warras, Zodwa became the latest celebrity to try it out and judging from her reaction, she thoroughly enjoyed the results.

Check it out for yourself below:

We’re not sure the vampire facial is for everybody (especially if you’re freaked out by blood or sharp objects!) but we can certainly say that Zodwa’s skin is glowing following the procedure.

Take a look at a recent video she posted a day after having her face treated: