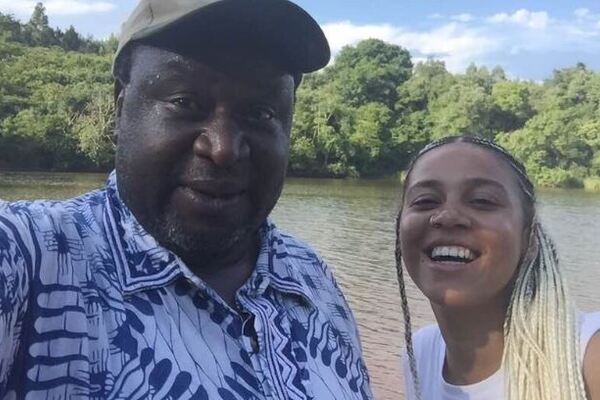 Finance minister Tito Mboweni had Sho Madjozi fans sweating worse than a Kigali curry on Tuesday when he revealed that he travelled all the way to Limpopo to have lunch with the double Sama winner.

Sho is the toast of Mzansi at the moment after she walked away with the Best Newcomer and Best Female Artist at the Samas this past weekend.

To celebrate, Tito drove to the star's home town Shirley, outside Louis Trichardt, in Limpopo to meet her and have lunch.

Tito is a keen chef, often documenting his adventures in the kitchen on social media, but fans were worried that the minister was the one doing the cooking.

They pointed to his, uh, sketchy decisions in the kitchen and claimed he was "the Rasta of cooking".

They also jokingly begged him to not hurt their idol with his cooking.

Please be kind to Minister😂😂😂😂

One hopes,she did the cooking.

Did you eat the huku for lunch?

I hope you did not do the cooking Minister😅 pic.twitter.com/0QBZmbY78R