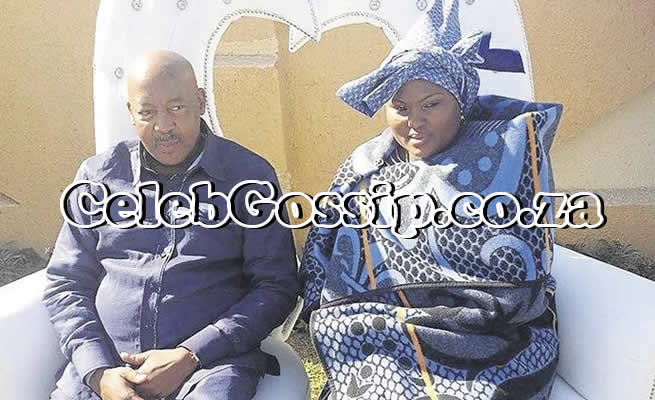 According to Koosimile, Mthethwa owed several creditors huge sums of money that she had to pay off on his behalf after one of them almost attached her R12m mansion at Serengeti Estate near Kempton Park. One of the creditors also unleashed bouncers on Mthethwa after he played hide and seek when he was supposed to pay him back, she says.

Koosimile made these startling allegations in an exclusive interview with Sunday World this week.

This after we published a story last week that her lawyers had taken Mthethwa to court after he allegedly failed to pay back R817,000 she had loaned to him.

“I just want to set the record straight. People think I loaned him R817,000. The truth is that this is the money I took out of my own pocket and paid people who loaned him money. So when he couldn’t pay them back, I did so because I was protecting his name,” she claimed.

Mthethwa, who is famous for his Ho Thaata Banna slogan on TV, declined to comment and said his lawyers would comment on his behalf.

The lawyers had not done so at the time of going to print.

Koosimile said she met Mthethwa at Wanderers Hotel in Joburg in 2015 and they started dating. “He then moved into my house and we happily lived together until we got married the same year,” she said.

Koosimile said in 2016 she received a call from Mthethwa’s ex-girlfriend who complained that she had loaned him R140,000 and now he was refusing to pay her back.

She said when she threatened him with legal action, she paid her after the talented commentator begged her to do so.

Koosimile also alleged that she received a call from a Mpumalanga man, known to Sunday World, who complained that Mthethwa owed him money and was refusing to pay him back.

“One day when I was at home, the sheriff and a group of bouncers arrived and asked for his whereabouts. At that time he was supposed to commentate on a soccer match at Orlando Stadium. I was scared that I would be widowed, so I begged these guys to leave him alone and promised to sort the matter out,” she said.

Koosimile said she promised to give him the money after discussing it with Mthethwa. “I asked him to give me his account number and I transferred the money into it.”

Koosimile said she also paid R246,000 to a hotel after Mthethwa allegedly failed to pay for the venue he had secured for a Women in Broadcasting Workshop 2016.

“He phoned me and asked me to pay the money to secure the venue and said he was let down by one of the Gauteng government departments which was supposed to sponsor the event,” she said.

Koosimile said she decided to dump Mthethwa in 2017 after her return from an overseas trip following a series of fights with him over financial and other marital issues.

“He phoned me when I was overseas and said he was in hospital to undergo an urgent operation and asked me to loan him R33,000 because he didn’t have medical aid. I told him that I use my medical aid when I’m not well, not cash.”

Koosimile said Mthethwa went back to his home in Welkom in the Free State after being discharged from hospital instead of going to their marital home. Upon her return from overseas, she drove to Welkom to check up on him but he ignored her. “I left and returned there after a few days and seized my Range Rover from him and told him that it was over between us,” she said.

Kooisimile said she transferred Mthethwa’s lobola money into his account after the break-up. “I convened a meeting with my family and told them that I returned the lobola money because I didn’t want him to have a claim on my estate when I’m dead,” she said.

Kooisimile further alleged that she was shocked when an attorney called her in December last year and said Mthethwa owed him R475,000 and was not willing to pay it.

“He then sent the sheriff to attach my house. This guy took advantage that Mthethwa and I were married in customary law. I then negotiated with him and paid him R175,000.

“I couldn’t lose the house that I bought for R12m for such a small amount of money. But now I want that money back, that is why I’m suing him,” she said.