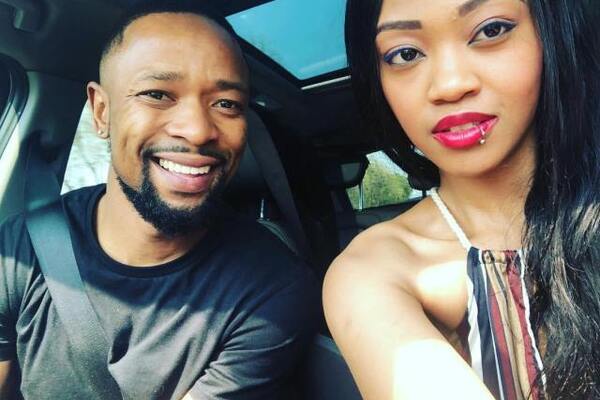 The Queen actor, Sthembiso Khoza, aka SK, has before rubbished claims that him and his fellow colleague Pabee Monagedi are together but this past weekend it all came to public when the pair shared videos of them together somewhere at the coast.

Pabee is seen in the videos saying that she is in love and even wrote their names on the beach sand accompanied by a heart.

It’s not the first time SK has been accused of seeing other women as he was before said to have impregnated a girl who isn’t his wife but denied the claims.

In an Instagram story, SK’s wife posted a messaging that is said to have been directed to SK and Pabee telling them that they should move in together far from a home she shares with her children and to use a condom as she is not the only one he sleeps with.