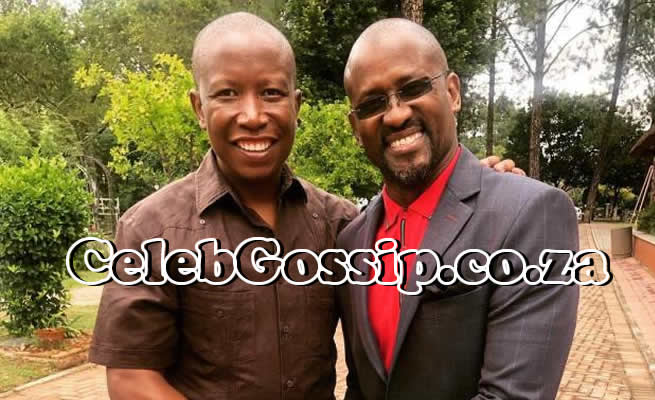 HIS music melts hearts and makes fans go weak at the knees, but don’t expect crooner Ringo Madlingozi to break into song at his new job as a Member of Parliament for the Economic Freedom Fighters (EFF).

When Move! meets the Udoli singer at our Joburg studios, he greets everyone with a warm smile and assures us he is ready for his new role, as his phone rings again. It has not stopped ringing and beeping since it was announced he was going to be an MP.

“People call me just to tell me to be strong because the journey in politics is not easy. But I’m ready to work for my people,” Ringo (55) says.

Ringo is determined to stand up for the rights of South African artists and performers. For years artists have been exploited by record companies and many die penniless despite their fame, he says. “Most musicians in this country don’t own the rights to their music. They do not die poor by choice, they were tricked and exploited.

“Most artists do not even qualify for home loans because they don’t have payslips. Promoters within and outside the country need to respect the artists,” he adds.

“I’m just coming into Parliament to assist with creating laws that will protect the rights of the people in arts. I want the people to use me as their weapon for change,” he says boldly.

Artists in this country have never been truly represented in government, says Ringo, adding that he knows this,“from first-hand experience”.

When his music career started in the 1990s, he was part of the group Peto which sang about political issues, but when he went solo, his record company asked him to start singing love songs.

“They told me that my voice was too beautiful to be singing about serious issues like land, foreign nationals and democracy, and I obliged,” he says.

He knows the struggle musicians have to live with, having also been exploited by a record label. He won’t name the company, but says,“I made [them] millions and was only given R300,000. I will be in Parliament to help prevent that happening to other artists.

“In my time, I didn’t know any better, but enough is enough,” he says firmly.

FROM STUDIO TO PARLIAMENT

For most of his life, Ringo was an ANC supporter, but he made his mark for the EFF in the 2014 elections.

“I love the EFF’s fearlessness. I grew up in the apartheid era, where people were afraid to confront authorities with the truth. And the EFF comes with no fear,” he says.

He was impressed after watching them in Parliament and last year, he decided to join the party.

“I walked into their offices in Braamfontein and said,‘I want to be part of this house’,” he recalls.

“I knew the party’s [national] chairperson [Dali Mpofu], and I spoke to [actor and EFF MP] Fana Mokoena and told them to gather the troops, I am joining this party,” he says.

Ringo has not yet been told what his Parliamentary responsibilities will be, “but whatever tasks I will be given will be well thought out, and will add value to the arts”, he says.

Being an MP won’t stop Ringo from performing his romantic hits, he assures us.“I will never stop singing. Music is the reason why I am here. And if my movement wants me to perform at rallies ll and gatherings, that is what I will do.” But his performances won’t be free.“It’s business at the end of the day. Plus, the commander-in-chief [Julius Malema] doesn’t mince his words. He doesn’t want anyone to work for free. He believes artists should be paid, the same way one would pay a lawyer or a doctor,” he says.

Even after Ringo joined the EFF, he continued performing at ANC events if he was booked for them.

“I never said no, because they were booking me to sing not to represent the party. It was business,” he points out.

Ringo does not believe his political affiliation will alienate fans.“My fans know my heart. They know I have always been a political person who has addressed our issues in my music. I will only fail in politics if what I do is not coming from within.

“I don’t have the ability to become big-headed.”

Ringo, we notice, is looking as youthful as he did in the 1990s. He attributes his good looks to being happy.“I’m ageing backwards,” he says with a laugh.“It’s because I take care of myself. I eat well, I go to the gym, I laugh a lot and every chance I get, I have a book in my hand,” he says.“I have over 3 000 books in my study and I’ve read all of them, maybe five times.” Ringo, who grew up in Gugulethu in Cape Town, has never studied music. He dropped out of his Bachelor of Business Administration (BBA) course he started years ago when it became too expensive.

However, he has been inspired to further his studies.“The EFF leaders have made education fashionable for the young and old so I’m definitely going to push myself as far as I can. Who knows, maybe one day I will be Dr Ringo Madlingozi.”

Ringo recently released two singles, K’ba Nawe and Ncel’uk’buza, from his new album which is dropping later this year.“I dedicated most of my time to politics, but every now and then I was in the studio,” Ringo shares.

“I wanted to bring back that old Ringo style [for the new album]. And I know I’ll be able to balance my love songs on stage and my fighting spirit in Parliament,” he says. His last album, Vulani, a compilation of his greatest hits, was released three years ago“but it never really did well.”

The singer is single since his divorce from Phelokazi Nyathi nine years ago.

The former couple co-parent,“and we are closer now that we are friends,” he says. Ringo, who has six children, says he and his ex“decided to separate because we had many differences that made us fight about almost everything. And we realised that we were better off as friends and co-parents”. Ringo still believes in love but has doubts about whether he would get married again.

“Maybe, who knows? Other people’s love comes with too many rules. I am not that person,” he says.“But I do hope to find someone who will understand me and love me unconditionally.”