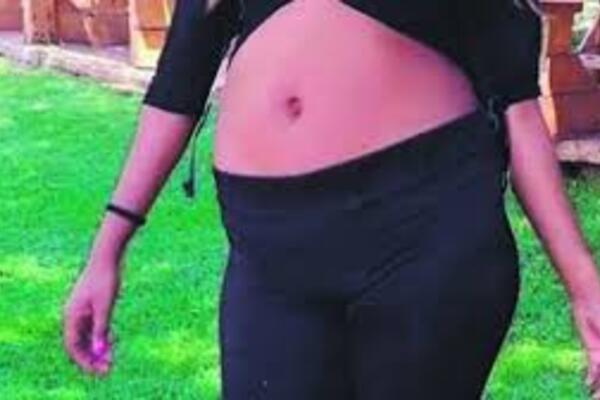 She said her stomach had grown due to evil goings on and it made it look as if she was pregnant. The 25-year-old from Johannesburg said: “It’s a personal problem that has made my body become huge.”

Dezry said she used to weigh 49kg but she had gone up to 55kg due to the strange belly growth.

“Family members, friends and fans have started becoming worried about me. This is terrible and I feel ashamed,” she said.

“I’m scared to walk in the streets and go to the mall.”

zry, who finished shooting the SABC2 reality show It’s For Life at the beginning of last month, said the problem was damaging her career.

Dezry said she would visit India next month to attend a yoga retreat and try to find a solution to the problem.

“I want to see my beautiful body back again,” she said.

However, sangoma Jacob Babu advised her to consult him.

“Someone could be using her footmarks to do this,” he said.

Doctor Mamazane Maduna said she could be suffering from a phantom pregnancy, a condition where women display all the symptoms of being pregnant while not really carrying a baby.