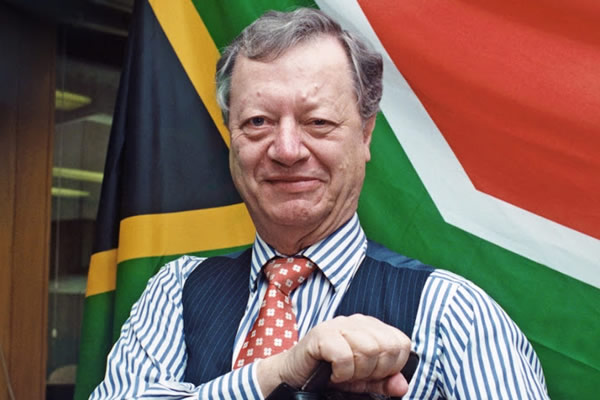 Derek Keys‚ notable businessman and the first finance minister of the democratic era‚ died on Sunday night of natural causes at the age of 86‚ friends said on Monday.

Keys was finance minister from 1992 to September 1994‚ serving in the cabinets of both FW de Klerk and Nelson Mandela. His major political contribution was assisting with the transition from apartheid era to democratic government.

He was also an enormously influential businessman and spent much of his life as an advisor and board member to several major local and foreign companies‚ including Malbak‚ Price Forbes‚ Samancor and Sappi.

He joined the Industrial Development Corporation in 1965 and he was involved in the development of many of the major South African industries.

Prior to joining government‚ he oversaw the turnaround of one of SA’s biggest mining houses‚ Gencor‚ and became known for the strategy of unbundling stakes in conglomerates to shareholders.

"Everyone knew him as extremely clever," said Sheila Camerer, a retired politician who was also part of De Klerk's team as deputy justice minister.

"He was a brilliant guy. Everyone agreed that he came from the private sector to help the transition along."

Together they sketched out scenarios for the transition into democracy, particularly from a financial and economic perspective.

Camerer said one of the scenarios, known as "flight of the flamingoes", was what government was told to aspire to.

She also recalled that Keys used to play the card game bridge and was fond of spending time in Munich.