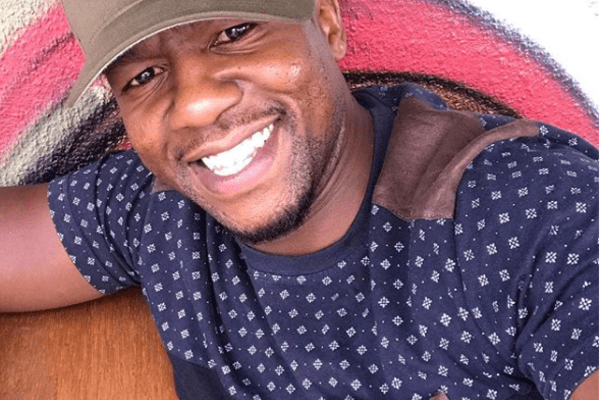 Actor and comedian Siya Radebe sparked a massive debate on social media this week when he weighed in on the trial of Jacob Zuma, claiming that the "character assassination" the former president allegedly faces is more than most could handle.

Zuma was back in court on Tuesday where he attended his application for a permanent stay of prosecution. French company Thales is accused of agreeing to pay Zuma a yearly bribe of R500,000 for protection from an investigation into the controversial multibillion-rand arms deal. The matter was adjourned on Tuesday, with the court needing at least three months to finalise its judgment.

While the case was a major talking point all week, some felt Siya cracked a bad joke when he took to Instagram on Tuesday to share his thoughts on Zuma's court case.

Posting a picture of Zuma, Siya wrote: "It matters not which political party you support or follow, or what your feelings may be about the government or the ANC as a political party, or which party you believe in or follow, mawungumuntu nje, ophilayo. If you are black and South African, I am sure you can see yourself in this man. Sekwanele Madoda, hhayi ngeke! Sekuyazwela nakimi."

He said that most South Africans were born poor and faced harsh circumstances but still didn't know "what it is like to take the hell this man is taking".

Siya claimed that he's never seen a person so persecuted and facing a constant barrage of character assassinations that would break most men.

"Kanti siba abantu nini kanti? Ubuntu nokonye esihlale sikhuluma ngako kuvela nini kanti? I have never ever seen a man get persecuted more than this one, never. The character assassination he has taken is more than most can take. I have had a taste of what the media can do, how they can make you shrink and omit from being authentic, but this man has been strong and he has taken every bullet like a champ."

He went on to slam the media and said that no black president in SA "has been beaten and crushed more than Jacob Zuma".

His comment started a civil war in his mentions, with some claiming Siya should have his "head checked".

"You gotta be kidding! This man is corruption itself! He almost destroyed our country!! Get your head checked!" wrote one follower.

Another wrote: "Simply because none of our black presidents have done to our country and to our people what he has done. Indescribable if you ask me but ke it is what it is."

Others defended Siya and Zuma, saying the former president was innocent until proven guilty in a court of law.

"There is only one institution that can declare a person as corrupt. So far no court has done so on him," one user wrote.