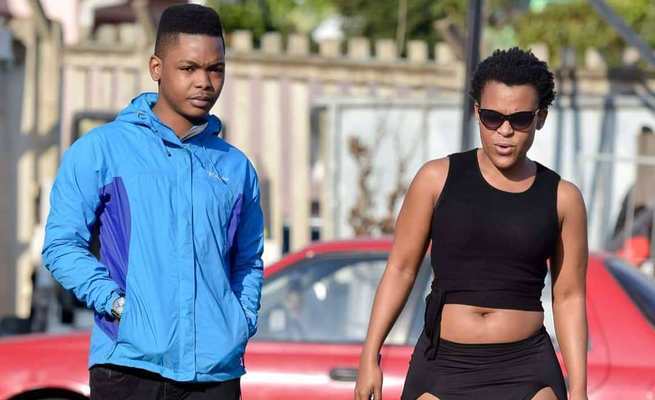 It's no secret that Zodwa Wabantu's not here to conform to everybody else's definition of normal and in addition to proposing to her Ben 10 boyfriend, she's paying lobola for him and has now revealed he's going to take her surname.

Zodwa explained to TshisaLIVE that it was something they were still discussing, but made it clear that it's not that she doesn't want to take Ntobeko's surname. In fact she was thinking she may have double-barrelled surname.

"We haven't actually spoken about this matter properly, so it may change as we sort out out life before the wedding. Yes, he will take my surname if he wants and I will take his or add his but it actually doesn't really matter because all that matters is that we are getting married. People just need to accept that we won't follow (societal) rules, we are doing this our own way," she said.

Zodwa said she wasn't worried about what people have to say about any part of her relationship and she wasn't planning on starting now as she's headed to the altar.

The dancer, who initially wasn't keen on getting hitched, recently explained that things changed for her and a lot of the change came with the moola.

Zodwa admitted that she was initially put off marriage because she thought no man would be able to handle her.

But as the money kept rolling in and she was able to tick off the big items on her to-do list, marriage began to look more appealing.

"In the beginning, I thought no man would ask me out … with plans to stay with me. I know who I am and I am a strong woman – not many men can deal with that. But more than that, I had more important sh*t to do. Like I have a son, whose future I had to ensure was secure," she said.