Home Celeb Gossip Generations actress Manaka Ranaka bares all, her mother warns her not to... 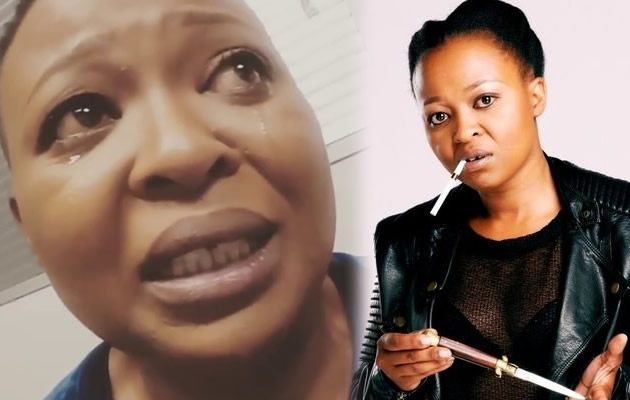 GROWING up she thought she might have been adopted thanks to the relationship she had with her mother. Her mom was such a strict disciplinarian that actress Manaka Ranaka (40) was a lot closer to her dad, Kgotlaesele Ranaka, when she was younger. But now she and Mama Siba (60) have found their way back to each other.

She has mellowed down with age and isn’t so strict anymore especially with her grandkids, Mama Siba tells

Move “I mean the other day we had a glass of wine together,” she says with a laugh.

But even though she loves her mom, there are few things Manaka hasn’t duplicated when it comes to raising her children.

“I have learned a lot about being a mother but beating my children as a form of discipline is a big no-no! We would be beaten with kettle cords and belts” Manaka says.

“During a good portion of my child childhood, there were times I thought I was adopted.”

Discipline for her comes through talking rather than punishing. Mzansi TV viewers can attest to the no-nonsense demeanour from Mama Siba. Before their family reality TV show, The Ranakas, she first featured on Dineo’s Diary, the reality show of her last-born daughter, media personality Dineo Ranaka, which started in 2012. “I admit, I was a bit stricter then,” Mama Siba says.

Kgotlaesele Kgotla was easy to talk to when she was w young. But today, Manaka and Mama Siba are two peas in a pod. It’s all a because they have a better understanding under of each other due to growth and maturity. Her parents made sure they t had everything they needed while growing up in Leondale in Ekurhuleni, where being a Ranaka child was just “so cool”.

“I didn’t like how she was but today I get that she was strengthening my leadership qualities as a woman and as a mother,” Manaka says.

Manaka says she had to take the lead in everything. “I had to be exemplary and I always got the most heat from my mother. Maybe that is why I have an ‘I don’t care’ attitude in life because of the expectations I had to live up to.”

But with time, she realised her mom had her best interests at heart. Now mother and daughter spend a lot of time together. “The best moments with my mother are on the couch watching TV.”

Manaka is more of a friend to her daughters – but with boundaries.

She believes that children should not control their mothers and that a mother’s life should not be changed to fit in the expectations of their children.

“The only thing you owe your children is to look after them and raise them well,” Manaka says.

People often thought Manaka was a lesbian when she was younger.

If you see her on the streets, she’s with her male friends in sweat pants with no make-up on.

“That is how it has always been. Girls just have way too much drama,” she says. “My sexuality has always been in question and that doesn’t bother me.”

Mama Siba says there were times people in the streets would tell her that her child is lesbian. “I would simply say ‘What is it to anyone what my child is?’”

She’s still protective of her children.

Manaka has been a regular feature on our TV screens for decades now.

“It has been 20 years in the industry. What a milestone,” she says. It was her role on the SABC 3 soapie

Isidingo in 2000 that opened a number of doors, she reflects.

She’s had a number of roles since then, but her best has been playing Lerata Khumalo on multi-award winning SABC 2 comedy, Stokvel from 2003 to 2012. Lerata was a married woman, very girly too and was part of a women’s stokvel, very different from Manaka in real life.

Bubbly Manaka spends most of her time indoors. “I just chill a lot indoors with the remote as my best friend.”

That’s if she’s not working on SABC 1 soapie Generations: The Legacy or Mzansi Magic’s drama Lockdown.

LOVE IN THE AIR

They might have the freedom to be who they want to be, but when it comes to falling in love, Mama Siba has one rule – no married men.

“They must never ever be involved with a married man,” Mama Siba says.

She’s been married to Ntate Ranaka for close to 40 years and says marriage is very sacred, a covenant with God that should never be disrespected.

Manaka respects her mom’s rule and she hasn’t ruled out getting married one day. “Being brought up by mama and papa was beautiful. Seeing the love they have for each other, I do see myself getting there.”

But she’s not in much of a rush, not like her Generations character, Lucy Daile, who wants to get married and doesn’t mind doing the proposing.

“I don’t like that character, it corrupts my child,” Mama Siba says. Manaka is taking it slow on the dating front. The past few months she’s been spotted with a bearded gentleman on social media. Ntuthuko Mdletshe is the father of her second child, Naledi, and he’s stolen her heartagain. “We broke up some years ago and now we are back together.”