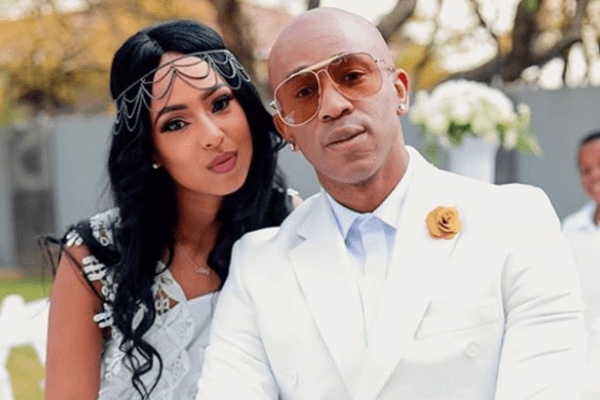 Second chances can truly be a special thing. Usually after one divorces, getting back into the dating game can prove to be quite a hassle as most relationships nowadays are known to be quite fickle and plastic. However, there has been successful and inspiring love stories whereby one actually finds their way back into the world of romance.

South African award-winning musician, Theo Kgosinkwe is such an individual that has been blessed with another shot at this love thing.

The Mafikizolo band mate is rumoured to marry his girlfriend, Vourne Williams soon. The alleged news has been kept under wraps from the prying eyes and ears of the public, however, those closest to the much private couple have been let in on the news.

These two have managed to keep a low profile, however a few scrolls down their respective Instagram pages and one can easily pick up on THAT obvious chemistry.

According to Sunday Sun, this will be Theo's second marriage as his previous marriage to Rose, ended up in a divorce a few years ago.

The article also indicated that judging by the massive coverage that his divorce received, Theo would prefer to keep his love life private.

A source that spoke to the publication said the following about Theo and Vourne:" They have been posting pictures of each other on Instagram. They have also been jetting around the world together and dressing in matching outfits. "

Wedding bells are clearly a thing in the world of celebville. Making sure to not lag behind is another South African musician, Emtee.

During the last quarter of the year 2018, it was widely reported that the Roll Up hitmaker had popped the question to his long-time partner and mother of his two sons.

Though the details of the wedding have not been made public, this is another celeb wedding that many may be eagerly waiting to see.