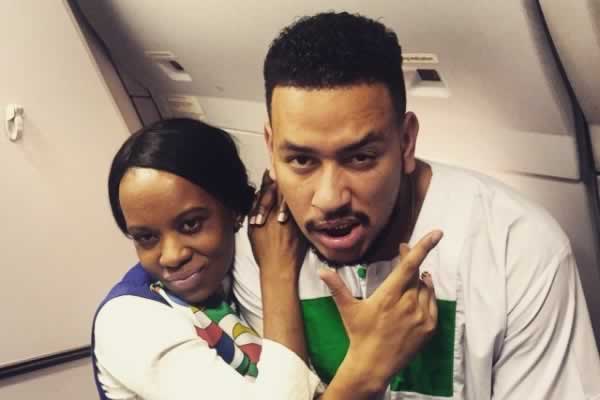 Die-hard AKA fan Mary Phahladi was left heartbroken after the rapper allegedly smashed her phone for trying to record him dancing in Pretoria over the weekend.

Fans of the Megacy were super-stoked when AKA showed up at Ayepyep Lifestyle Lounge in Menlyn on Saturday and initially posed for pics and interacted with them.

For Mary, however, the night didn't end on a high note. Her friend Moosa Kaula, who witnessed the entire debacle, spoke to TshisaLIVE about what transpired.


"I was with my friends on Saturday at Ayepyep in Menlyn, where we were taking pics with AKA. My friend Mary Phahladi, who is a huge AKA fan, was in the crowd taking pics and she managed to get a picture with him. She was so happy," said Moosa.

"I don't think there's anything Mary did to anger him, because we were just dancing."

Moosa said he and Phahladi tried to talk to AKA after the incident because her Huawei P20 was apparently only a month old. In addition to an apology, they hoped the rapper would offer to fix the now shattered screen of the phone.

Instead AKA allegedly gave them the cold shoulder, while his bodyguards were not co-operative. "We tried to go to him and find out what suddenly happened and at least get an apology if he didn't mean to do it, but his guards were very rude to us and he just sat there and did not even talk to us after," said Moosa.

This isn't the first time the rapper has been accused of smashing or throwing the phones of fans trying to take videos or snaps of him for their social media pages.

Two years ago, the Touch My Blood rapper threw a fan's phone over a balcony. He even went on to rap about it in his song 10 Fingers, which includes the lyrics, "Please don't put me on Snapchat, I'm throwing phones off balconies."

Several attempts by TshisaLIVE to get comment from AKA and his team were unsuccessful at the time of publishing.