Home Celeb Gossip #Snapchatfilter – Check out how your favorite celebs would look like if... 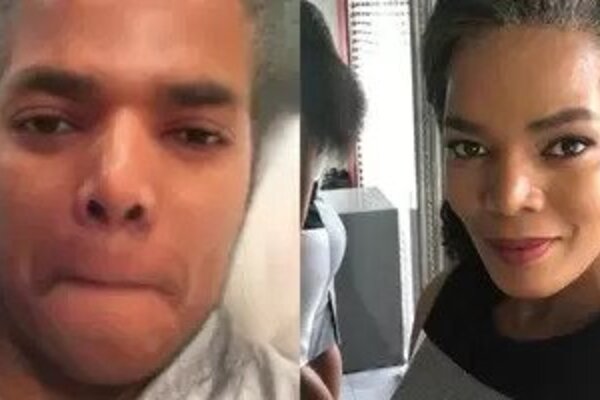 In case you missed it, your favourite facial recognition mobile app recently debuted a filter that swaps binary genders.

Snapchat was released in 2011 and, since then, has risen to having over 187 million daily active users with over 10 billion daily video views.

Its original aim was to let people have fun without worrying about what they look like because the photos and videos disappear.

The filter, which allows you to get a glimpse of what you would look like as the opposite gender, has gone viral, with many people sharing their images on social media.

And now it seems our local stars are getting in on the fun as well.

So if you've ever wondered what the female version of Siv Ngesi would look like, or what Thando Thabethe would look like as a guy, well, here's your chance to find out.

local celebs got in on the fun. Connie Ferguson uploaded a video, and captioned her male alter ego “Cornelius” – and one of her children can be overheard jokingly calling her “Dad”. Her husband and business partner, Shona Ferguson posted shortly before, and gave his followers a flamboyant “yaaaaaasss honey” in jest.

Thando Thabethe, tweeted ‘If I were a boy”, looking like a younger Fat Joe with a 5 o’clock shadow and Pearl Modiadie looked like Miguel in his “All I Want Is You” days.