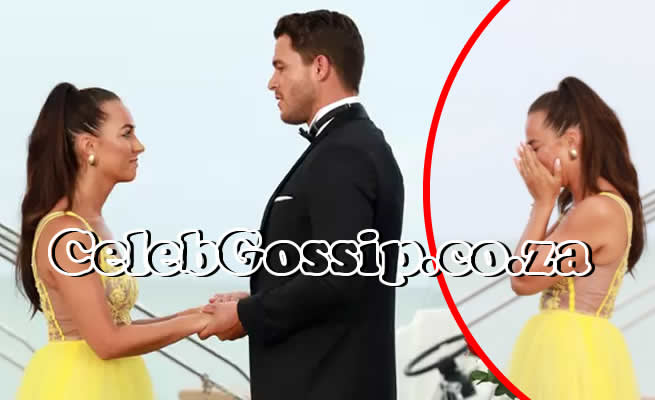 SA’s first foray into the global hit series The Bachelor has ended in heartbreak and therapy.

Cape Town male model Lee Thompson and Johannesburg makeup artist Gina Myers both told the Sunday Times they are undergoing counselling to help them deal with the “emotional roller-coaster” of the show.

Their romance lasted just three weeks before they called it quits.

The show, in which an eligible bachelor searches for lasting love among 24 beautiful young female contestants, aired its finale on M-Net on Thursday. It included footage of Thompson choosing Gina as his perfect mate and giving her a “promise ring”.

He made his final choice on a beach in Mauritius on December 9 but the contestants were sworn to secrecy until the show aired this week. However, the romance quickly faded and the couple broke up shortly after Christmas, with Myers having to return the ring.

She told the Sunday Times that “real-life Lee was different to fairy-tale Lee”.

“He didn’t treat me the way a person should treat someone in a relationship. Being in a relationship in real life was challenging for him and I got the brunt of that. I ended things and when I walked away I said that he needs to fix himself.”

Myers, 31, wouldn’t elaborate on the specifics of their split and hesitated when asked if she and Thompson are on good terms.

“We’re OK. Maybe we can be friends in the future,” she said.

Myers said she has been in therapy since being on the dating show. Isolated from friends and family, the contestants are made to share accommodation and have only each other. They have limited access to their phones and the women are not allowed to leave the house or be on social media.

Thompson, 30, who as well as modelling owns a cleaning company and a website development company, said he had also seen a psychologist after the show.

“I was so emotionally and mentally confused and I was different [to how I acted on the show] in real life we [he and Myers] are not that suited,” Thompson said.

“She just couldn’t deal with the pressure, and we had to remain separated [so as not to give away the winner] for so long. I had to use an alias on my phone so people couldn’t see who was calling. It was like having an affair with your girlfriend.

“Gina was going through a hard time and I just wasn’t there for her.”

He said Myers struggled to deal with his feelings for fellow contestant Jozaan Digue.

“She had to give me space to deal with my feelings for Jozaan and that was causing her emotional turmoil,” he said.

Thompson said he was open to being in a romantic relationship with either Myers or Digue and was still friends with both of them.