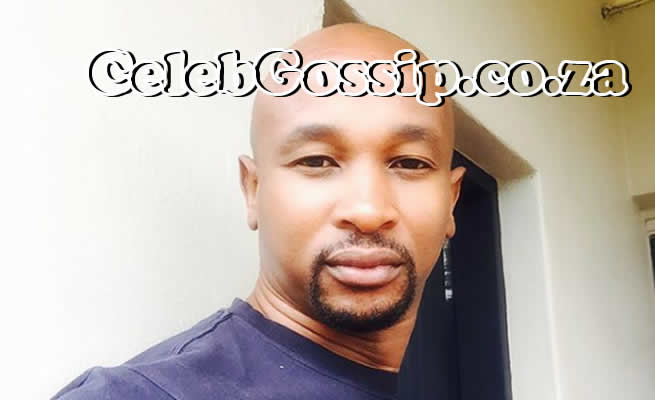 HE’S been racking up frequent flyer miles flitting between KwaZulu-Natal and Johannesburg. On Mondays and Tuesdays, Andile Mxakaza trains Durban- based soccer team Royal Eagles before heading to Jozi for the rest of the week where he shoots scenes for Isibaya.

The actor is known as hunky henchman Fezile in the Mzansi Magic soapie, but since joining the Eagles he’s been making a name for himself in soccer circles too.

The National First Division team, founded in 2014 by high-flying Durban couple Sbu and Shauwn Mpisane, has been struggling to make it into the Absa Premiership.

But thanks to Andile’s unconventional training and the hard work of the club’s technical team, things have begun to turn around. The actor, who started out as a personal trainer, has bolstered the team’s technical side by introducing new fitness exercises. He’s been putting topclass players Andile Fikizolo, Philani Cele and Diego Brown through their paces with spinning classes, aqua aerobics and yoga. Now the team are in the best shape they’ve ever been.

“This year I believe they’ll be promoted to the Premiership,” Andile says. “If they don’t, it would mean I’ve failed.”

They’re sitting two points behind First Division log leaders Stellenbosch and a point behind Ajax Cape Town. Their recent 1-0 victory against TS Galaxy sees them nudging closer to their goal.

The club’s chairperson has faith the muscled man has the magic touch to take the Eagles to Premiership glory. “Fezile [Andile] is very good at personal training,” Shauwn told Sun Sport earlier this year. “The reason we brought him here is to make sure the core of our players is strong.”

The 40-year-old fitness guru and model tells us he’s living his dream. “I’ve always dreamt of doing both soccer and acting.”

Andile used to play for the Bush Bucks and left the now defunct club to focus on modelling and travelling. But for years he’d been toying with the idea of getting back into the beautiful game. “I was first approached by Sbu when the team was founded,” Andile says.

At the time, he was shooting the fourth season of Isibaya.

He didn’t think twice when t h e opportunity knocked again last year. “Shauwn invited me to watch them play. I told her where the boys were lacking and said I could help them.”

INITIALLY Isibaya’s producers weren’t happy to share him with a soccer team – let alone one based in another province. “It wasn’t easy,” Andile says. “I don’t think anyone would be happy an employee is working somewhere else. But eventually we got to an understanding.”

The former Zone 14 actor has a good relationship with the show’s bosses. He’s been playing Fezile for so long he knows the character inside out. When he was first cast, Andile was told the brutal henchman would die within two weeks. Five years later he’s a fan favourite. It’s easy to see why, Andile says. “He’s loyal to the Zungus because they gave him shelter and a job. They’re like a family to him.”

But playing Mpiyakhe Zungu’s (played by Siyabonga Thwala) ruthless right-hand man has taken a toll on him. “When I act I become someone else, which isn’t good. Sometimes it takes me to places I don’t want to go. Now I must do igobongo (ritual cleansing). But I also now understand why I’m an actor, even though I haven’t trained for it. It’s a gift – you can see a true actor from the sidelines.”

He’s tapped into his spirituality to help him control the dark places he must explore when he’s playing Fezile, but he has no plans to become a sangoma. “I pray a lot and speak to my ancestors, the Mxakaza. I don’t think I was meant to go that far (becoming a sangoma),” he chuckles.

He says he’s always had the gift of prophetic visions. He recalls an accident he was involved in last year. Even though he had dreamt of the crash before it happened, Andile admits it left him shaken.

“The car was a write off but thank God I didn’t die. It was scary.”

The award-winning actor is nothing like his character, but they do have something in common. Growing up during political unrest, Andile found himself mixing with the wrong crowd.

“To belong to a certain group in the township you have to either be a taxi conductor, steal cars or shoplift. I found myself in jail as a young boy.”

HE WAS 19 when he was arrested. “My dad said I was going to be a thug and I was going to die,” Andile says. It was an eye-opening experience for the young man, who worked hard to turn his life around. He’d always loved jogging but took his love for fitness up a notch when he started pumping iron.

In 2008 Andile, who studied personal training through Damelin, was crowned a finalist in the Men’s Health Look model-search competition. A few years later he reconciled with his father, Mzwamandla Mxakaza (58).

“Now we get along like a house on fire. My parents are very proud of me.”

At one point, Andile worked as a personal trainer to the VIP of showbiz. He’s trained Angus Gibson, who produced Zone 14 and Isibaya, as well as Mzansi power couple Tony and Sthandiwe Kgoroge.

It’s thanks to the veteran director Andile got his big break. He was surprised when Tony, who directed Zone 14, asked him to join the cast of the sport drama in 2005. “He said they needed someone to train the boys. That’s how I ended up acting.” Andile hasn’t looked back since. Now that he’s married his love of showbiz with soccer, there’s one more union he’d like to see. He doesn’t like to discuss his personal life, but he’s been dating celebrity makeup artist Nomsa Madida.

“She’s one of a kind,” Andile says. “We met at the perfect place and the rest is history. It’s very hard to find something good and I’d love to settle down one day. Hopefully it will be pretty soon,” he laughs.

But marrying the woman of his dreams is a race against the clock. “I want to quit acting at 45,” Andile says.

After years of being in front of the camera he wants to work behind the scenes as a producer. “I also want to learn sign language because I want to produce something that includes people who don’t speak.”

And then there’s the other childhood dream he’s chasing: becoming a qualified sports doctor. If Andile’s track record at the Royal Eagles is anything to go by, he’ll reach his goals in no time.