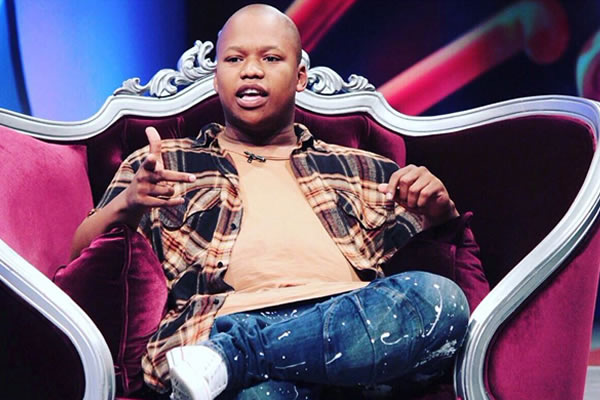 A close friend confirmed to TshisaLIVE that Jezile was killed in a car accident, which claimed the lives of five people, on Saturday morning near Queenstown.

"He died this morning (Saturday) in an accident near Queenstown. We are devastated by the news," said the source who did not want to be named.

Arts and Culture Minister Nathi Mthethwa paid tribute to Jezile in a message on Twitter.

"We'll miss his exhilarating energy, passion & appreciation of Africa culture, which inspired him to learn most of our languages."

Police confirmed that there was an accident in Queenstown but would not confirm the identity of the victims.

Fans have flooded social media the pay tribute to the star and have called him humble and a hard-worker.

Akhumzi was very passionate about entertainment it was so admirable to watch. It seemed like he was passionate about everyone. He’ll definitely be missed and remembered. To his family and friends my condolences goes out to y’all. #RipAkhumzi

Akhumzi gone 😭 Thats it I give up on life!! #ripAkhumzi

I tried to call my friend , so he could say “Tsek Siv , you’re always so dramatic .., I’m fine!” #RipAkhumzi

#RipAkhumzi
Ulale kahle baba. Your purpose was felt! 😞😪We will always love you.

#RipAkhumzi
Thank you for growing up with us on YOTV.
Thank you for always being yourself and letting us into your life.
Thank you for being a role model and chasing your dreams relentlessly!
😢 2018 is doing the most. pic.twitter.com/vsUtZlidmz

😭😭😭😭😭😭😭 I remember running home to watch him on YOTV, I got goosebumps from this hash tag
God why?? 😭😭😭 #ripAkhumzi pic.twitter.com/DUtgzBZkig

#RIPAkhumzi I will remember ur warmth and joy this day forever. You were a new friend in the making and a great peer. U go unmatched! My heart is broken for ur family and friends and for myself. pic.twitter.com/BGb3WOfvEe

It’s all too much. What a driven & passionate entertainer! What a soul! You were so great a person #RIPAkhumzi 💔