Home Celeb Gossip 8 SA celebrities who look so much alike that their fans often... 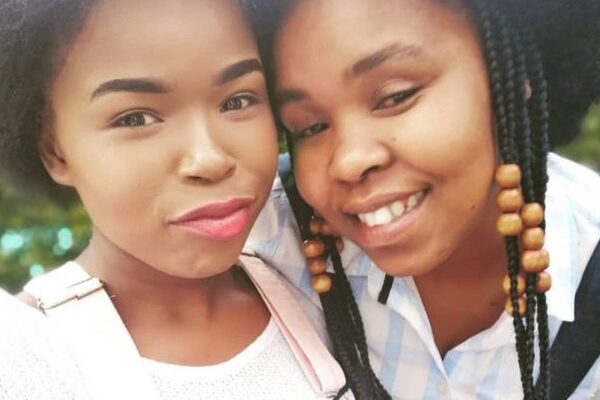 Everyone has a doppelganger somewhere in the world.

Some of our favourite Mzansi celebrities look so much alike that they are often mistaken for the other, and are sometimes called by the other’s name.

We look at some of Mzansi’s celebs who could be siblings or even twins.

They entered the industry the same year, have similar facial features and body structures and their slightly husky voices are almost identical.

She’s a presenter, actress, socialite, model, musician and sangoma. Boity Thulo, 28 was raised in Potchefstroom by her aunt and her grandparents and knew from a young age that she wanted to be in the entertainment industry. The Wimpy Cheesenator commercial was her very first casting in 2010 and since then, her star has been on the rise.

It’s not a secret which other celebrity she looks like – her and Minnie Dlamini-Jones have always been speculated to be sisters or cousins by their fans. Whether is their facial features or their perfectly toned legs, or even their similar voices, you can be forgiven for not being able to tell them apart.

Born in Durban, Minenhle entered a Talent Search for new presenters for LIVE in April 2010 and won the role in June 2010. At the time of winning the search she was living in Cape Town and studying film and media, drama and economics at UCT. She took over from roving LIVE presenter Phila Mazibuko.

In 2016, Minnie Dlamini tied the knot with hubby, Quinton Jones, and become Mrs. Jones. She documented entire wedding journey in a three-part docuseries titled, “Becoming Mrs Jones” and it aired on VUZU Amp.

One is a politician and the other an actor and they spend most of their time in the spotlight. While they are totally different, they look enough like each other to have confused a few people. So much so that the EFF leader Julius Malema once tweeted: “Presley Chweneyagae is not me or my body double. Stop harassing him white people.”

Presley Chweneyagae, 34 is a South African actor best known for his starring role in the film Tsotsi, which won the Academy Award for Foreign Language Film at the 78th Academy Awards. Although he had acted before in plays and community theatre projects, Tsotsi was his first feature film.

He has performed in a number of productions for North West Arts (now known as the Mmabana Arts Foundation) and appeared in A Midsummer Night's Dream (as Puck) and in the play Cards at the Grahamstown Arts Festival. He made his TV acting debut in 2000 in Orlando for SABC TV. He was cast as The Poet in the 2006 mini-series When We Were Black. Now, Presley plays “Cobra” the rebel on The River.

Julius Malema is an MP and the leader of the Economic Freedom Fighters, which he founded in July 2013. He previously served as president of the African National Congress Youth League from 2008 to 2012. He was a member of the ANC from the age of nine until his expulsion from the party in April 2012 at the age of thirty-one.

Often controversial, he’s always in the spotlight and not always for the right reasons.

They are both young, ambitious entertainers who share a passion for the industry. Their natural hair and similar facial features would sometimes confuse those who don’t know them personally.

South African darling, Nomzamo Mbatha, 28 is an accountant, actress and television personality best known for her role as “Thandeka” in the Mzansi Magic telenovela-turned-soap-opera IsiBaya. Nomzamo was born in KwaMashu, north of Durban. She is known among her friends for being full of life, with tons of personality, a big heart and the gift of the gab.

While still at school she used to be invited to speak at other schools around Durban and was subsequently invited to become Madam Speaker in the KZN Youth Parliament.

In 2015 she had a starring role as Khwezi, an orphan from KwaZulu-Natal who was adopted by her uncle as a teenager and is the potential third wife in a polygamous marriage, in the e.tv drama series Umlilo.

Thishiwe Ziqubu, 33 is a South African actress and writer best known for her starring role as Skiets in the 2014 romantic action film Hard to Get. She also starred as Mandisa in the fifth segment ("Your Move!") of the e.tv anthology series Mzansi Love: Kasi Style, in 2012. In 2014 she had a starring role in an episode of Season 2 as well.

Thishiwe is a script writer on the e.tv soapie Rhythm City and also played the lead role in the movie Man on Ground, which was a nominee at the 2011 Cannes Film Festival for best foreign film.

One is a seasoned musician with multiple awards and a number of platinum albums under her belt. And the other is a rising star who showed her musical prowess by winning the coveted Idols title in 2018. And all the fans can agree on one thing: they look so much alike they could be sisters.

Zahara, 30 started singing in her school’s choir when she was six years old, and at the age of nine she was told to join the senior choir because of her strong voice. In 2011 Zahara released her debut album Loliwe, which went platinum in 13 days and double platinum after 17 days, selling over 100,000 copies in South Africa. The music video for her debut single, Loliwe, has surpassed the 5 million views mark on YouTube. In 2012, at the annual South African Music Awards, Zahara won eight awards

ncluding "Best Female Artist" and "Album of the Year".

Recently, the songbird was awarded the Next Generation Entertainment Award for best female act in the international act category, making this her 40th music award.

Yanga Sobetwa, 17 was the youngest and tiniest of 2018’s Idols, but her powerful voice and stage presence is anything but. The 17 year old made it to the top 16, then the top six and then the final three of South Africa’s most popular singing contest, before she was crowned the winner. Yanga was certainly one of the public’s favourites.

After seeing one of Yanga’s performances on Idols, Zahara’s older sisters called her and said Yanga is definitely her younger sister. The star sent Yanga a sweet message saying, “Hey Yanga, my sisters just called me right now, they’re like you are my younger sister and they’re my old sisters…I just want to say keep up the good work. You were born for music, it’s not something you studies, and it is your gift.” Zahara also dedicated her hit song, “Destiny”, to Yanga.