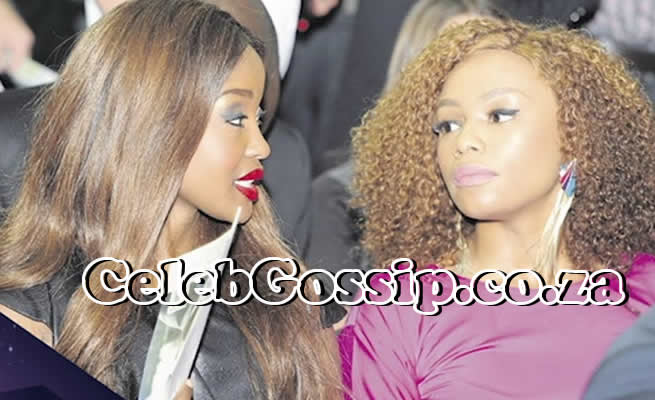 TV personality Bonang Matheba and BFF Lorna Maseko seem to be done pretending all is well.

Sunday Sun has learnt that Queen B has even unfollowed Lorna on social media. According to sources, the rift between the two became visible at Bonang’s sparkling wine launch last month.

Sources claimed Lorna isolated herself from group pictures. According to sources, the chef and TV presenter also didn’t post any pictures of the event on her social media pages.

But a source claimed the two love each other and will eventually make things right.

“They deeply care for each other. I think it’s just pride and other small things they need to sort out. At the launch it seemed Lorna was just there for a united front,” said the source.

It’s still unclear what came between the BFFs, but they’re said to be cordial and civil toward each other.

“They’re both matured and understand that friendships come and go. It happened at some point with Somizi and Bonang. Whatever they’re going through will be fixed. I know those two. Maybe, this week they’ll put up another united front just to discredit the media and the public,” said the second source, who hopes the beef is temporary.

The two have in the past laughed off feuding rumours. Bonang was not available for comment this week.

Sunday Sun has learnt that she is on holiday in Dubai without Lorna. She posted pictures on Instagram with ex-model Babalwa Mneno.

Lorna refused to comment. She said she was attending a funeral.