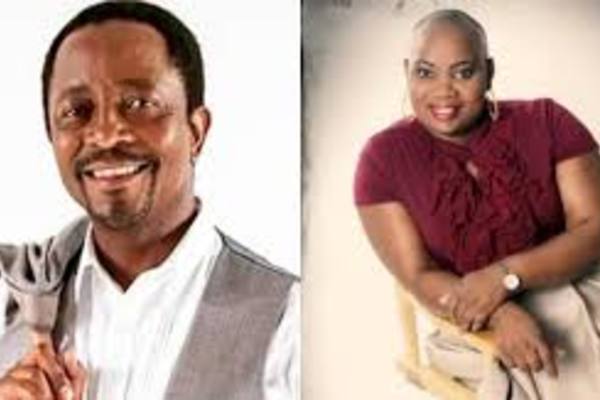 The Throne actor Peter Mashigo's flame Ndundu Sithole says she has been left feeling hopeless and helpless after she was "beaten up and choked" by him in public.

The altercation caught on a video clip that Sowetan has seen happened on Wednesday in Arcadia, Pretoria.

The clip only shows 16 seconds of the fight. In it Mashigo can be seen having a heated argument with Sithole, a news editor at the SABC.

After she slaps Mashigo, he chases after her before catching up to her and kicking her.

Sithole told Sowetan yesterday the fight was triggered after she caught Mashigo cheating with a younger student.

"I'm not OK. I'm sitting at home bruised. My whole body is sore. I don't know what to do. I was beaten yesterday in front of students in broad daylight. People couldn't help as I was choked and kicked like a dog. All because I caught him cheating," said the bruised journalist.

Although Mashigo admitted that he did physically assault Sithole, he denied her version of events.

According to Mashigo they broke up over two months ago after a year of dating because Sithole had turned jealous and violent. He moved out of their home.

"Yesterday I was dropping off my girlfriend when she started attacking her. I intervened and pulled Ndundu off her. She slapped me a number of times and threatened to damage my car," he said.

"What you see in the clip was me trying to stop her on the side after so many failed attempts. It's wrong, but I lost my temper when she slapped me and I hit her back.

"Afterwards she continued and threatened to stone my car, with people around trying to stop her. I drove off.

"She's been tracking my every move since we broke up. I left her because she's wild and had turned violent. She will just start to slap me every time I came home late."

She insisted that she is still dating Mashigo and that after the fight Mashigo reached out to her on WhatsApp.

The message Sowetan has seen reads: "I don't want us to argue about the whole thing. I accept that I'm wrong, but did you have to embarrass both of us like that. You should have waited for me to come straight with you. I repeat I'm sorry."

Sithole said she hadn't yet opened a case with the police.