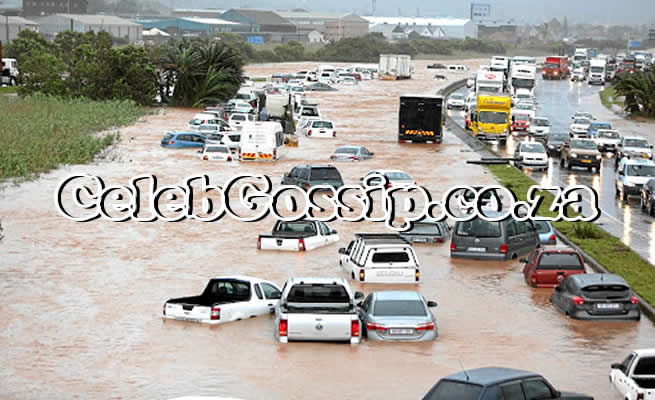 Following the devastation caused by Monday night's thunderstorm which wreaked havoc in KZN, a few Mzansi celebrities such as, Prince Kaybee, Tumi Sole, AKA and Bonang Matheba, have extended a helping hand to the flood victims.

Mzansi is lucky to have such selfless celebrities, who go the extra mile to assist people whenever they can. Monday night's storm in KZN was one such occasion. The raging floods from the heavy downpour claimed several lives and destroyed many homes.

People across the coast and those in rural areas were affected by earth being washed away from under their homes and extensive flooding of land and buildings. Trees were uprooted and buildings collapsed. Families have been left destitute and businesses forced to shut down.


However, thanks to kind celebrities like Prince Kaybee, there is hope. He very generously offered to donate R150 000 to the families that lost their homes in Umlazi. The award-winning singer also urged others to join in on helping rebuild the affected communities. Check out his post below.

Donating 150k to the families that lost their homes in Umlazi😭😭😭, its not enough so if you inspired by this post join me lets rebuild Ulmazi. #PrayForDurban #PrayForUmlazi❤️ pic.twitter.com/JJDXDcVLqI

Tumi Sole also took to Twitter early this morning to thank AKA for calling up and enquiring what he can do to help the KZN flood victims. It is believed he is assisting the flood victims and their affected families down in Port St Johns, south of Durban, also with a very generous donation.

Media mogul, Bonang Matheba, was also devastated when she heard about the destruction caused by the floods in Umlazi. She immediately wanted to assist and tweeted to find out how she could help.

I’m so heart broken. What happened in Umlazi today is devastating….💔💔💔 How do we help? How can we provide aid? @tumisole… I know you’re always helpful. Please assist me.

Many other celebrities – including Yusuf Abramjee, Nandi Madida, K Naomi and Terry Pheto – also showed empathy and words of encouragement to those affected by the KZN floods.

My hometown Durban💔. Spoken to a few people on how one can help, but please feel free to let me know other ways we can help. Thank you in advance ♥️🙏🏽

Praying for everyone in Umlazi, wow what a tragedy! ♥️🙏🏽 #DurbanFloods

Our people go through the most. 💔 #DurbanFloods

Our prayers and thoughts are with all those affected by the flooding in KZN. (Video as received: Umlazi) pic.twitter.com/NSYKtBk4go

KwaZulu-Natal and Eastern Cape provinces were plagued with storms this week, some areas being hit harder than others. Posts about the severe weather conditions in KwaZulu-Natal and the EC flooded social media on Tuesday morning.

The footage shows the devastating aftermath of floods and mudslides, which have so far claimed 23 lives.