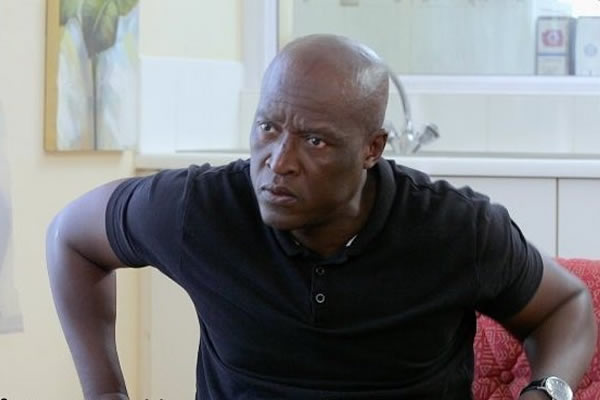 Masoja Msiza is a changed man with a history he’s not proud of.

The KwaThema-born star was trained to think woman abuse was culturally acceptable. Things changed as he matured and he now wants to teach other men the right way to treat women. The actor and poet aims for social change through music and poetry and is set to release a 12-track album that addresses social ills.

His debut album talks about blessers, gender-based violence and inequality.

The Uzalo actor went through a lot as a child. He and his three siblings were born from three different men and none of them had a relationship with their fathers. The siblings were shared among relatives when their mother got sick.

Masoja only met his father when he was 14 years old. The star says growing up in KwaThema, a township located in the east of Johannesburg, his mind was paralysed by everyday life experiences. He tells Move! he used to think that macho men had to use their strength to remind women of their position in society.

“I used to be a heavy drinker and I couldn’t differentiate between right or wrong. Addressing women in a bad manner was normal. I only realised my mistakes as I matured and I now know that a man must protect and not bully women,” he says.

The 54-year-old says being a father also helped him see things in a different light. The father of three says he doesn’t want his son and two daughters to go through the same experiences he went through. The social activist visits prisons, schools and homes to share his life experiences and gives hope to the hopeless. The actor is frightened by the new trend that sees young girls dating older men for material gain and says he fears for his daughters’ well-being.

“I’m a father of two girls and I’m also a father-figure to many other young girls. I’m scared my daughters might see dating older men as a shortcut to earning money,” he shares. He hopes his upcoming album, Time to Rhyme, serves its purpose and changes the way some men think.

The natural born entertainer started his career as a poet and he has published two poetry books, The Voice of Hope and Avalon.

He was also part of a church choir and says his album is a mix of all music genres and dramatic poetry. It took the artist nine months to compose and produce the album and he did most of the work all by himself. He worked with gospel artists Sgwili and Fikile Mlomo on the album. The activist believes that God gave him talent to change the world and says choosing to address social ills while entertaining wasn’t a difficult decision to make. “

We are currently in a state of confusion. We are living in a world where we are blaming each other, and that’s because men have neglected their role in society,” says the actor, adding that he was sent to educate men and women about their worth.

The artist says through his music, he hopes to create a world where children are raised to be free. He points to the fact that children often fall victims to those who are meant to protect them.