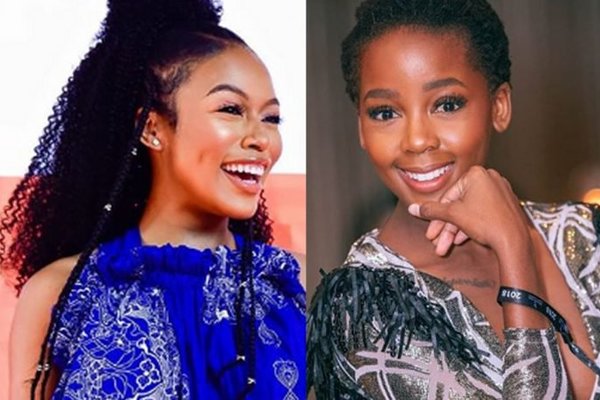 The saga unfolded hours after it was announced that Thuso scored the lead role in a series by Barry Jenkins, based on the award-winning novel The Underground Railroad.

Ever since Thuso made the announcement on Tuesday night, social media has been overflowing with congratulatory messages.

As Mzansi celebrated, Nomzamo shared a tweet to congratulate Thuso, in which she also mentioned that she had auditioned for the same role.

“When I auditioned and found out I was pinned for this role I couldn’t stop jumping with excitement. Now finding out that a deserving home-girl got it makes the loss so sweet! Congratulations, Thuso. I know you will do Cora so much justice. Barry Jenkins this is amazing!” Nomzamo wrote.

Even though the tweet was later deleted, Nomzamo quickly topped the trends list as screenshots of it did the rounds.
Tweeps accused Nomzamo of trying to steal the limelight and of being jealous

Lol….why did you have to Tyra Banks her moment though?

I know a friend like Nomzamo, he does this all the time.. pic.twitter.com/PvbkjWC7p4

Meanwhile, Nomzamo’s team reportedly slammed the criticism against her.

“Anyone who personally knows Nomzamo Mbatha can attest to how genuine and loving a spirit she is. She harbours no ill-will towards anyone, is always ready to lend a hand and congratulate. One of the few true genuine ones you’ll find, with her heart always on her sleeve,” Nomzamo’s US agent Krystal Thorp apparently told TshisaLIVE.