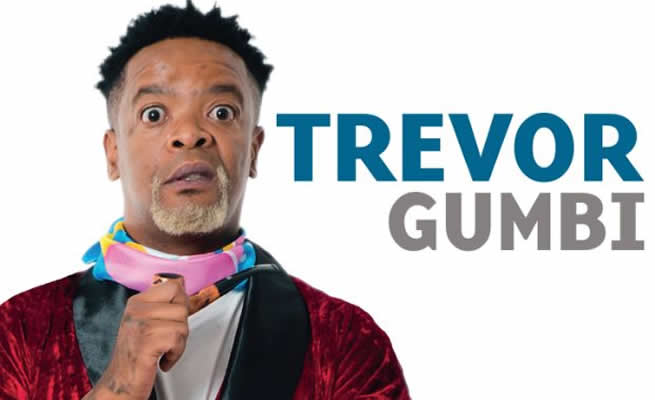 SEASONED funnyman and TV presenter Trevor Gumbi has been taken on by a big bank over moolah.

The host of the popular SABC1 TV game show, Friends Like These, and his ex-wife, Lindiwe, were seemingly choked by the monthly repayments of their R490 000 bond, along with an additional R275 000 loan.

But when called yesterday, Trevor said: “I’ve reached an understanding and settlement with the bank.”

According to a court summons filed by Nedbank at the South Gauteng High Court, in Jozi, the former lovebirds acquired their matrimonial home in March 2007 and agreed to pay monthly instalments to the amount of R3 963.

The bank alleged the two breached the terms of the agreement by failing to honour their repayments.

“The respondents are accordingly indebted to the applicant for the full outstanding balance of R557 810, calculated on 1 September, together with interest thereon at the rate of 8,40% per annum.”

The documents further reveal it was unclear to the bank why the couple failed to keep their end of the bargain.

“It’s unclear if the respondents have any dependants, either minor or senior, residing in the property. There is furthermore nothing in the applicant’s records to indicate whether any disabled persons, aged persons and/or children reside at the property.”

The dossier affidavit under oath by bank manager, Bongani Gonyela, also revealed the market value of the house stood at around R550 000 at the time of going to print.

The SunTeam attempted to reach Lindiwe for comment this week. But all attempts had proved fruitless at the time of going to print.