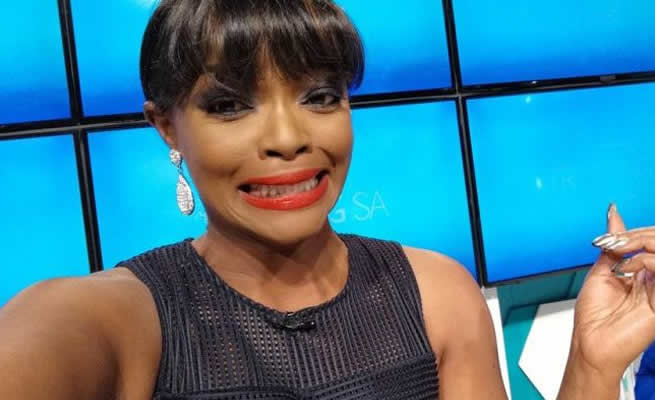 Last week, Kuli was on her way to work in an Uber car when it collided head-on with another oncoming car. But her driver quickly applied breaks, leaving Kuli with just minor bruises from the impact.

The former Real Goboza presenter says she is grateful to have a driver who thought and acted fast.

Kuli said all she thought about was her kids and grandchild.

“I was shocked and screaming to my driver to break because we couldn’t reverse as there were cars coming from behind. I thought of my beautiful family and friends. Luckily, my driver was calm and collected.”

She said God saved her life because she woke up not feeling like driving her own car on the day. The mother of two said listening to your intuition is important.

“After two Ubers cancelled on me, I panicked a bit, wanting to drive. The feeling persisted that I shouldn’t drive and I didn’t. I believe it was God trying to save me,” she said.

“Sometimes, it’s important to listen to your inner-voice. If I was driving myself, I’d have panicked and drove into the Jukskei River,” she said.

Kuli was treated for shock and anxiety.

“I’m still taking medication to treat my shock. But I’m fine now, although I don’t think I’ll drive for a while, at least up until I get over my ordeal,” she said.