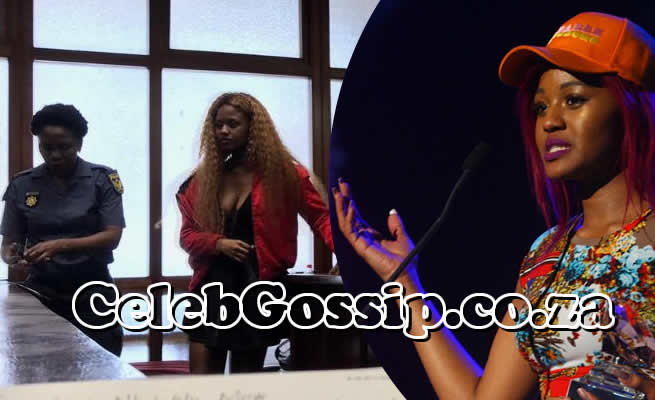 Babes Wodumo and her sister Nondumiso were arrested yesterday and found guilty of contempt of court after they failed to appear on Friday to face assault charges.

Babes, born name Bongekile Simelane, was expected to appear alongside her sister Nondumiso and Thobeka “Tipcee” Ndaba at the Durban magistrate’s court, after an unknown woman laid common assault charges against them at the Umbilo police station last month.

Spokesperson for the National Prosecuting Authority, Natasha Ramkisson, said the Simelane sisters were given the option of paying R1,000 fine or 30 days in jail. The sisters were released after they paid the fine.

Babes Wodumo was yesterday slapped with a R1,000 fine by the Durban magistrate’s court for failing to appear in court on Friday.

Meanwhile, Babes raised the ire of her supporters when she performed a line made famous by his ex-boyfriend Mampintsha, who is facing an assault charge for allegedly beating her up earlier this year.

Babes’ management claimed that the star was mocking her alleged abuser when she sang the line from the viral video of her being slapped by the star. Mampintsha used the line khona izingane la endlini in the video and later used it in a song.

A video of Babes using the line during a performance went viral earlier this month, sparking backlash and claims the gqom star had pulled a publicity stunt. Nondumiso, who is also Babes’ manager, denied it was a publicity stunt and claimed that Babes had been misunderstood.

Nondumiso also denied speculation that the couple had got back together and said assault charges brought by Babes against Mampintsha would go ahead.

Mampintsha’s manager Dogg DBN said last week that the star was hurt by calls to boycott his music over the alleged assault.