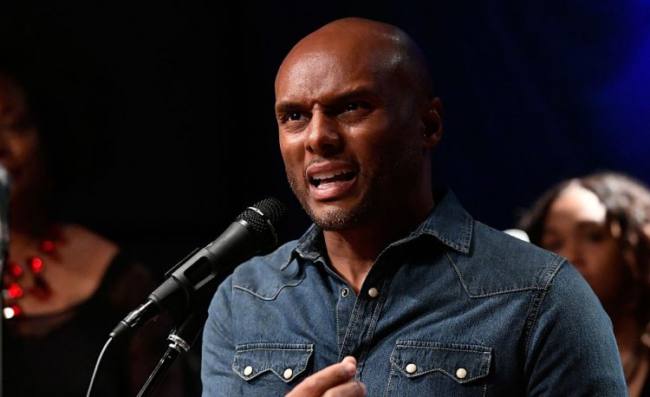 It’s not every day you can say that a world-famous musician helped you overcome a traumatic experience. Local star Donald Moatshe revealed this week that R&B singer Kenny Lattimore helped rush him to hospital when he had an anxiety attack while in Los Angeles.

Speaking to Tumi Morake on WTF Tumi, Donald says the attack was a frightening experience.

“It was so painful. I actually wanted to cry. It was my first time experiencing anxiety and I had no idea what that meant. I had an anxiety attack in LA. I was all alone.”


Kenny, who is based in LA and happens to be Donald’s friend, stepped in to save the day
“I picked him up and took him to the hospital. We went to three hospitals. It was Sunday and everything was piled up with people. We took him to an urgent care [clinic] but he still wasn’t well so I took him to a more established hospital,” the For You hitmaker told Tumi.

The singers met in 2014 when they collaborated on a song for Donald’s Black & White album. The pair have kept in contact since then.

Kenny is currently in South Africa for his ‘Soulful Night with Kenny Lattimore’ concert.

The show is taking place at the Sun Arena Time Square in Menyln, Tshwane, on Freedom Day.

“I am always excited about returning to South Africa. It is my most engaged market and the US is number 2. It has been a few years since I have done my full show in South Africa. I am looking forward to seeing all of my fans and the beautiful country. I am living my best life!” Kenny said in a statement.