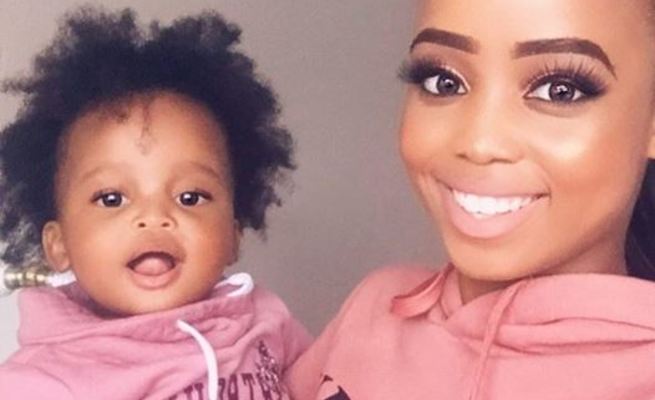 When Ntando Duma posted a cute video of Sbahle calling her by her first name, the last thing she expected was to be criticised for not putting her daughter in a car seat.

The star took to Instagram on Thursday to post a video of her two-year-old sitting in the backseat of a car and speaking to her mom, at one point calling her 'Ntando'.

While many gushed over the video, concerned followers took to the comments section of the post with messages urging the star to put her daughter in a car seat.

Ntando wasn't having any of it and hit back by telling them the car was stationary at the time of the video and they shouldn't lecture her on how to parent.

"1. The car was stationary. 2. She’s got car seats and is always on it, when necessary. 3. I’m not an irresponsible mother. You should know this by now 4. Now let’s all drink water. 5. Thank you for your concern," she wrote.

Soon a debate erupted over whether Ntando was right to have shot the video in the car with no car seat at all, even if it was stationary.

Ntando returned to once again set the record straight, and this time didn't hold back.

"How is my child not in a car seat in a stationary car jeopardising her safety?! Even if ke that was the case, ningenaphi? If you want to take this one for a debate, find me on my page and stop making a noise on my daughter’s page with your nonsense!"