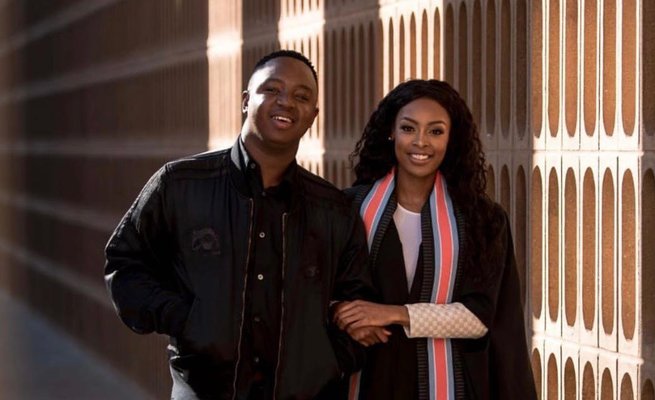 K Naomi has had rocky relationships which have left her feeling like she continuously attracts the wrong men. The TV presenter took to Twitter to share her feelings saying:

“I attract the wrong type of guys…(no offense to anyone)”

I attract the wrong type of guys…
(no offense to anyone)

It comes at no surprise that the star feels this way. She dated DJ Shimza and their relationship ended with her publicly thanking him for "breaking" her.

She has been vocal about wanting to remain single and during an interview with Metro Fm she announced that she had decided to focus on herself after having a difficult 2018 year:

“I’ve had such a crazy year. I need to just concentrate on myself, make good money. I’m very, very, very single. I’m not even trying to entertain anyone, people must just stay away from me, or if you’re still in love with me, stay away.”

Her new Tweet clearly shows that her request has not heard and the wrong men are still pulling through.

Tweeps came through with all the advice for the media personality

“I had a similar problem until it dawned on me, that you attract what you are. As hard as that was to swallow, I had to sit and acknowledge my own toxic behaviours and why I was like that. Once, I started the work on self, the douchebags fell away,” shared @corianalove

The more you affirm it, the more it'll be. Allow yourself to think of yourself as attracting greatness and feel the feelings of having found those guys, and you'll find the right ones. You are what u attract❤

However the most interesting one was from fellow celeb Reason. The rapper clearly lives by his name as he shared that he believed it was not about who K Naomi attracted, it was about who she decides to choose:

I disagree Naomi. I think u attract variety of types. It might be the choice you make thats always wrong 😔 (no offense to anyone) https://t.co/krwOiqpVTr