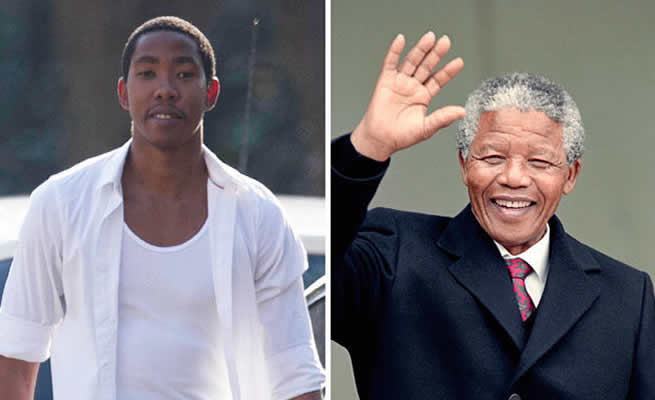 MBUSO MANDELA has flowing in his veins the blood of an international icon. And the grandson of the late former president, Nelson Mandela, also shares another thing with the struggle legend . . . They’ve both spent time behind bars!

Mandela senior was nabbed for challenging the tyrannical apartheid system. But his grandson’s run-ins with the law have been on the misdemeanour side of the tracks. And now, Mbuso is allegedly a man on the run.

This comes as Joburg police have been on a mission to capture the 28-year-old for the past five days. The young Mandela was summoned to appear in the Joburg Family Court for papgeld on Monday, but failed to pitch. The magistrate then issued a warrant for his arrest for being in contempt of court.

On Friday, police allegedly went to the Mandela mansion in Houghton, Jozi. Although Mbuso is believed to reside there, he was allegedly no where to be found. His baby mama, Gugu Keswa, told the SunTeam the young Mandela sent her messages begging her to drop the case.

This was allegedly prompted by Gugu’s social-media post after a warrant for his arrest was issued.

Read the Instagram post: Back at court today this time I’m not #alone …#justice #will #prevail it is never easy for me to make these public statements about my personal life.

But she insisted she told Mbuso she couldn’t help him because the contempt charge was issued by the court. According to Gugu, Mbuso promised to hand himself over to police. But she claimed Mbuso said he wouldn’t do it on Friday, as he was worried police would detain him over the weekend.

Speaking about the papgeld matter, Gugu said: “He’s been saying he’ll attend a course in May and find a job thereafter, and that I shouldn’t get him arrested. But I’m not taking his plea seriously because he’s been saying this for the past four years. He must tell it to the court!”

Gugu’s lawyer, Heather Sterling of Sterling Attorneys, confirmed the court had issued a warrant for Mbuso’s arrest for him pulling a no-show.

Meanwhile, this stands to be Mbuso’s second arrest for contempt of court. In January 2017, Sunday Sun reported he was arrested and spent two weeks behind bars for the same charge.

In 2015, Mbuso spent time in jail for rape, but the case was later withdrawn. Mbuso, who’s allegedly squandered his R4 million inheritance from the late struggle icon, couldn’t be reached for comment.