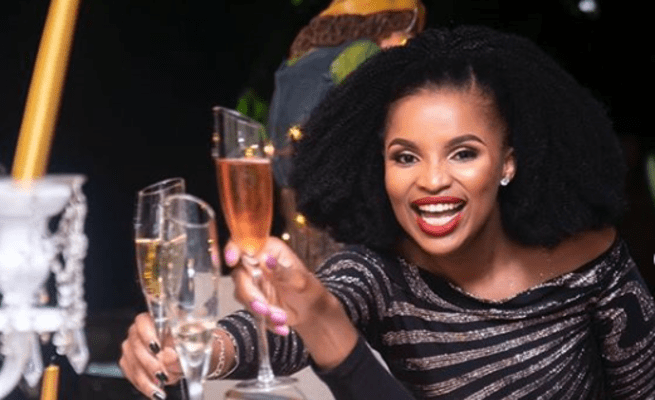 Things are clearly heating up at the SABC headquarters in Auckland Park. It seems as though stringent measures have been put in place and anyone that is under performing, will surely get the axe. During the last week, the local radio scene was buzzing with radio personalities getting reshuffled to new time slots, or even worse, some had their contracts terminated by management, clearly not having being satisfied with the work that a particular talent had been putting in since they had their contract renewed in the previous year.

Earlier today, it was reported that the axe has allegedly fallen on one of South Africa's much loved media personality's neck – Zizo Tshwete.

According to Sunday World, the powers that be have allegedly decided not to renew the former Selimathunzi presenter's contract with Umhlobo Wenene. Therefore Zizo will probably no longer exercise her co – hosting muscles with, DJ Amaza Ntshanga as of 1 April 2019. Another one of the Masigoduke co hosts, Reggie Solani has also been shown the door as well, it was later reported that he might be heading to TruFM.

Zizo Tshwete joined the Masigoduke team soon after her exit on SABC 1's iconic show, Selimathunzi. This move spawned a few mixed reactions from her legions of fans as many would have never predicted that she would dabble in radio.

Though many love and adore the raw talent that is Zizo, some remain a tad sceptical regarding her influence on radio.

…But Zizo is one of those lucky entertainers who have solid side hustles. If she is not working her magic on radio, she slays those voice over gigs with that husky voice of hers. Also she is still the brand ambassador for giant beauty brand, Garnier since 2011. The media star also serves as a Projects and PR Executive at Dandelion Breeze.

Other radio personalities that have been sacked from their radio shows include, former Our Perfect Wedding(OPW) host, Thembisa Mdoda from her weekend show on Metro FM. Another talent that was let go on Metro FM was Masechaba Ndlovu, who was allegedly booted off, primarily because of that unprofessional interview with musician, Bongekile Simelane, better known as Babes Wodumo.

Umhlobo Wenene is yet to release the official statement as the news of the reshuffling regarding some presenters have been kept under the SABC's carpet. The 1st of April will hopefully see lovers of radio enjoy new and refreshing content from all the affected radio stations at the SABC.