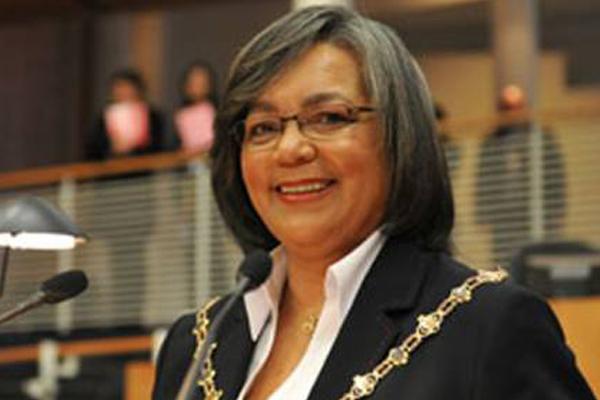 An internal motion of no confidence against Cape Town Mayor Patricia De Lille was supported by the Democratic Alliance (DA) Cape Town caucus during a special meeting on Wednesday, paving the way for her to be recalled by her party.

Deputy caucus leader JP Smith told journalists after the vote that 138 councillors participated in the three-hour-long debate and voting process in the City of Cape Town council chamber.

"We discussed the motion at length, it was a very calm and respectful debate, and afterwards a vote took place by secret ballot," Smith said.

"The outcome of that vote is that the DA caucus supports the motion of no confidence, and is hereby requesting the DA's federal executive to remove the mayor as the leader of the caucus, and mayor of the City of Cape Town."

Smith said he couldn't reveal the full numbers of the vote just yet, as that first needed to be communicated with the federal executive.

He however said it was in line with similar patterns previously. Two-thirds of the caucus had previously supported similar motions against de Lille.

Of the 138 councillors present, a small number chose to abstain, while one spoilt their ballot, he said.

"What was important for us was that the entire debate was held in a very calm and dignified manner," he added.

DA councillors filed into the council chamber for their closed meeting at 17:15 on Wednesday, to finally debate and vote on the future of their embattled mayor following a weeks-long process.

The motion was put on the table by councillor Angus McKenzie following the DA's approval of a so-called "recall clause" at its federal congress earlier in April.

De Lille told journalists just before the meeting, that she would be challenging the constitutionality of the clause in court. She first would wait for the federal executive process to unfold.

She also wants to determine if it can be applied "retrospectively" to her, given that she had a pending disciplinary process in the party.

Now that the motion has succeeded, De Lille will not be automatically removed as mayor.

The process will be referred back to the DA's federal executive, which will then ask De Lille to make representations to defend herself, as per the party's new recall clause.

The DA's special caucus began at 17:15 on Wednesday, following the adjournment of the broader Cape Town council.

Security was strict outside the council chamber and at least two officials stepped outside to demand that journalists no longer take pictures while DA councillors debated.

Councillors could be seen through the glass windows, while media, security, City staff, and a handful of ANC Cape Town caucus members waited.

After just over two hours of debate, councillors starting lining up to collect and cast their secret ballots, as seen through the glass windows of the council chamber.

The votes were then taken away, and around 45 minutes later, officials returned to announce the result.

Councillors showed no reactions as the results were read out, including those known for either supporting the embattled mayor, and those against her.