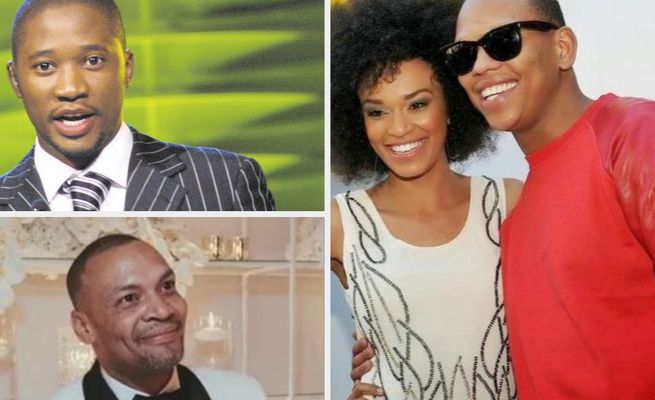 It’s not a secret that Pearl Thusi has been in dating scene for a very long time, she even has a list of ex-boyfriends (that we’ve just compiled). But have you wondered who she has dated before her no bae Robert Marawa?

Here’s a little refresher course on all of her past relationships. Take a look and see just how lucky (or unlucky) this girl has been in love.

Rapper Da Les and actress and TV presenter Pearl Thusi’s reported romance was making headlines since 2014 when the pair were spotted getting cosy at a few events. The pair remained mum on the matter and spent the time dodging relationship rumours. According to Move! Thusi and Da Les have been spotted “openly flirting” and “attending events” together.

She once was in a relationship with Wlater Mokoena. The pair have a beautiful daughter named Thandolwethu. We could say that’s the highlight of their relationship.

Minnie Dlamini has a new boyfriend, and he’s reportedly the ex of friend and Metro FM presenter, Pearl Thusi.

Thusi and Marawa have for sometime shied away from confirming their rumoured romance, were spotted together on Saturday afternoon and evening in the Mabala Noise marquee at the Durban July