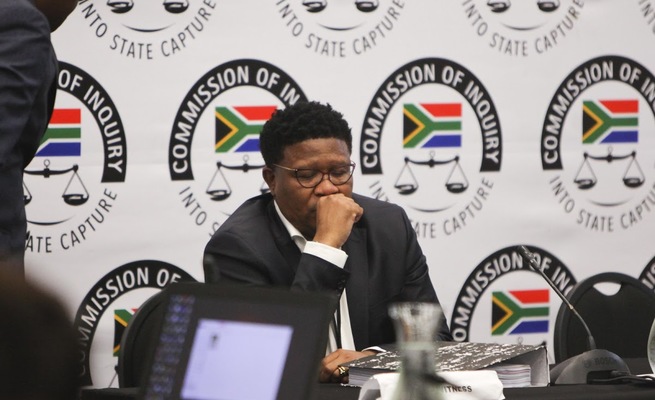 ANC elections head Fikile Mbalula told the Zondo Commission of Inquiry into State Capture on Friday that the looting of state resources was "against the purpose of why people vote us into power".

"The matter of the perception or reality out there that resources of the state are basically being looted or redirected to individuals because of their proximity to those who are in power and they use that as an advantage … it is politically incorrect," said Mbalula.

His statement mainly deals with a meeting of the ANC's national executive committee in 2011. Mbalula said he received a call from Ajay Gupta, who told him he would be appointed minister of sport and recreation before the appointment was made official by then president Jacob Zuma.

"It is against the purpose of why people vote us into power and give us the mandate to govern. It means that we cannot allow that to happen in the way it has been reported or suggested.

"Ascendance into political power for any political party or liberation movement excretes tendencies that have been seen in other countries, bringing what we call a revolution to a halt …

"We have learnt from other revolutions or other liberation struggles around the world. We were forewarned in our own documents politically when we analysed the South African revolution …

"Indeed, we are grappling with that and the important thing is about the commitment of the ANC to overcome and undo these tendencies as they creep in."