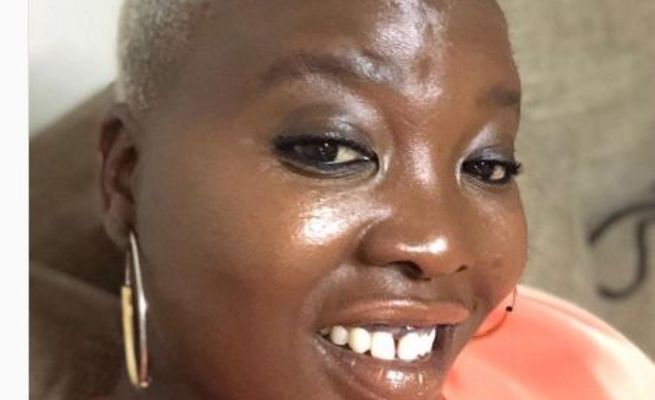 Celeste Ntuli is one of the most respected female comedians to come out of our country when she's not entertaining us on television, best believe she is on stage making Mzansi laugh.

Celeste who currently features on a Showmax original show titled Trippin With Skhuma will have her episode featuring on the online streaming service from today.

The 2018 DStv Viewers’ Choice Award: Favourite Comedian winner and 2017 Comics’ Choice Comic of the Year visits Celeste Ntuli where she grew up: eMabuyeni, just outside eSikhawini township in KwaZulu-Natal.

Here are five things you should know about the queen of Zulu comedy, who’ll be on stage this Saturday, 23 March 2019, at 1 Fox Junction in Newtown as part of Trippin With Skhumba: The Live Comedy Show.

After getting her break a decade ago in the SABC1 reality series So You Think You’re Funny!, Celeste went on to become the first comedienne to record a one-woman show DVD – Seriously, Celeste – and the most nominated comedian, with Skhumba, going into the 2018 Comics’ Choice Awards.

She’s just as successful as an actress, having starred in seven seasons of Isibaya as Siphokazi, the oldest of Mpiyakhe’s wives; as The Governor in Lockdown; and as Buyi, the single, childless and nearly 40-year-old lead role in last year’s romantic comedy Looking For Love.

Skhumba visits Celeste’s rural childhood home, where she grew up with her four brothers and three sisters, four to a room, two to a bed, sharing an outside toilet. Celeste was the sixth child. “That’s how I got to do comedy; they didn’t care anymore,” Celeste says.

#3. She moved to the township because of the IFP-ANC warfare

When Celeste was about 12, her family left Eniwe, fleeing the ANC-IFP violence of the early 90s, first to her grandmother and then to the township. “I remember leaving here in a hurry,” Celeste tells Skhumba.

Her mother tells Skhumba about Celeste’s cousin who was shot and killed during the riots, while Celeste shares her memories of her brothers hiding at their home and of one brother running from eMabuyeni to eSikhawini. “He was running from gunfire. That’s why everyone at home runs; it was the warfare,” says Celeste.

“It was really rough,” she remembers. “The older generation were Inkatha. And then the younger people were more into ANC. So there was that conflict in families.”

#4. Her cousin tried to talk her out of comedy

Celeste and Skhumba visit the tavern next door to her house, run by her cousin Dick. When Skhumba asks him what it was like growing up with Celeste, he admits, “No one thought she would get to where she is now. She always had jokes but when it comes to a career, even I had my doubts. She left her job as a manager at CNA. I kept the keys. She said, ‘Cuz, I’m following my career now.’ I told her, ‘No, telling jokes won’t work.’ But she taught us to follow your dream.”

#5. She’s been on both sides of Black Tax

Skhumba asks Celeste about how she’s been affected by Black Tax – the idea that “you always need to take care of your family.”

“You have to forget about Black Tax and say you’re no longer paying for anything,” says Celeste. “If you don’t say stop, it won’t stop because everyone else has their own problems.”

She admits that she was also a beneficiary of Black Tax. “I am number six at home, so I have older siblings who have paid Black Tax for me. So for me, I thought, let me pay it forward. Hopefully my sister will pay someone else and so on. It doesn’t affect me that much, but you just have to control it and have a limit.”