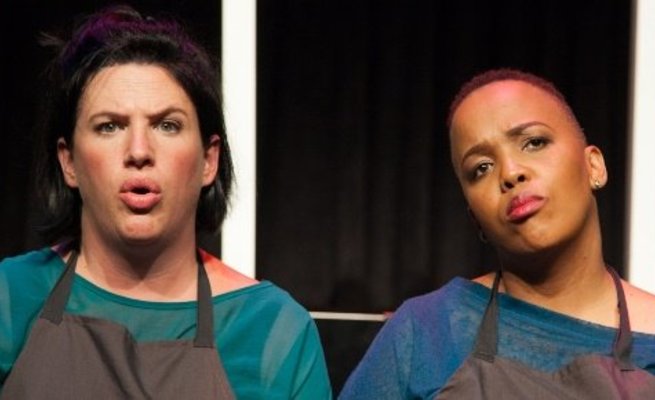 Cape Town – They’ve sold out at the Market Theatre back in 2016 and premiered at the National Arts Festival in Grahamstown last year and now you can catch funny duo Tumi Morake and Vanessa Frost in TEASE! at the Auto & General Theatre on the Square in Sandton, Johannesburg.

The show started on 27 February and will run until 21 March and the hilarious performance is a must-see.

In what’s been billed a “journey of self-discovery” TEASE! follows best friends Eva and Neo who mix business with pleasure as they combine their hair salon business with some other enterprise after stumbling into an adult toy shop one night.

One thing’s for sure, the every day skinner and Agony Aunty advice giving is set to reach a whole new level at the salon.

“It’s about answering the question we all quietly worry about – am I normal?” Vanessa says.

Now while we know the show is set to have audiences intrigued and in stitches, we caught up with the entertainers to find out five things that you perhaps didn’t know about them.

– I have erogenous feet.

– I only look at social media on the loo.

– I often have a little weep after a toe-curling orgasm.

– I love to sing in public but only if I’m playing a character.

– I love pilchards and pap.

– I have major arachnophobia.

– I started greying in my early twenties.