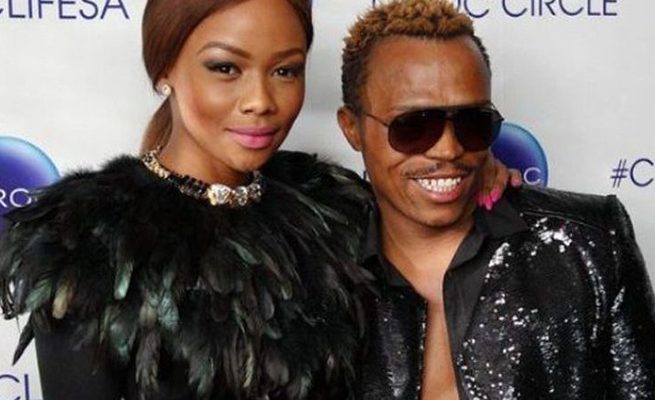 We first caught wind of Bonang and Somizi's would-be reunion a few months ago when they were captured together, but things were raised to the next level at Monday's launch of House of BNG, Bonang's brand new champagne.

You will recall that Bonang and Somizi haven't been friends since circa 2015, after the infamous Bonang-Zinhle-AKA love triangle. At the time, Somizi believed that Bonang had been lied to about his involvement in bringing that triangle to life, but Bonang later clarified the real reason in her book.

These two have been cold as ice ever since then, so much so that at one stage they couldn't even be in the same room anymore!

Luckily, all of that has come to an end and although we're not sure exactly how it happened, it appears as if Bonang and Somizi have kissed and made up. And just look at how excited everybody is about this:

Truth being told, Monday was an incredible day for Bonang Matheba who partnered up with Woolworths for the launch of her very own premium bubbly.

Bonang's manager, Davin Phillps, spoke about the exciting moment in her career:

"The House of BNG has been a project in the making for two years, and something very close to Ms Matheba's heart."

Welcome to the House of BNG…. two years in the making & my love letter to Africa!! I introduce my brand new Brut & Brut Rosè MCCs…. it’s time to celebrate!! 🥂🍾👑 @houseofbng #HouseOfBNG pic.twitter.com/4r83YrrXUy

Are you excited about Bonang and Somizi reuniting as BFFs?