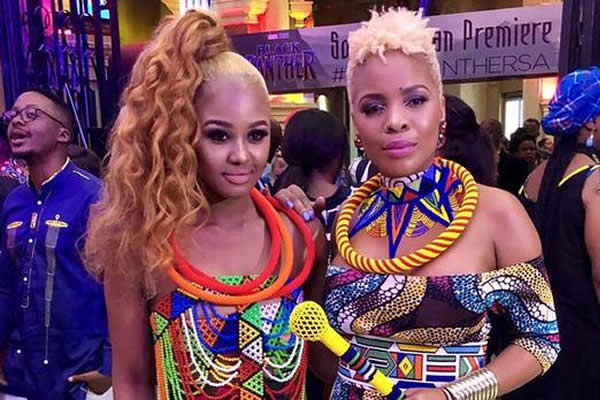 You are fired! This was allegedly the news broken to radio and TV personality Masechaba Ndlovu by Metro FM management last week when she inquired about the renewal of her contract with the station.

Sunday World can reveal that the Metro FM Drive presenter, who co-hosted the show with DJ Mo Flava, was informed by management that her contract would not be renewed when it expires at the end of this month. It is understood that also joining the exit queue at Metro FM is talk show host Rams Mabote.

Mabote will be replaced by his fellow talk show colleague Kgopedi Lilokoe, who presents a similar talk show on Wednesdays and Thursdays.


Lilokoe was considered for the slot after Melanie Bala had rejected an offer to take over the show.

Mabote confirmed his exit on his Facebook page yesterday morning.

Also booted out from the country’s biggest commercial radio station is former Our Perfect Wedding presenter Thembisa Mdoda, who was doing a weekend show.

Joining the exit queue from other stations at the SABC are believed to be Ernest Pillay and Chriselda Dudumashe from SAfm.

Sunday World understands that Pillay was told that his show had lost more than 3,000 listeners and therefore his contract would not be renewed.

However, those close to the radio man said he was planning to stage a fightback against the decision to fire him.

The sources said Pillay would argue that the same fate should befall breakfast show host Steven Grootes, whose show was believed to have shed close to 9,000 listeners since he took over.

A source close to the process told Sunday World that Ndlovu was being booted out for her controversial interview with musician Babes Wodumo in May last year.

In the interview, Ndlovu confronted Babes and asked her about allegations that she was being abused by her boyfriend and fellow musician Mampintsha.

Mampintsha laid a complaint with the Broadcasting Complaints Commission of SA and the SABC, complaining that he was not given a right of reply.

The senior official said even though Ndlovu was exonerated by the latest assault cases between the two artists, her conduct during the interview was seen by management as unbecoming and deserving of serious action.

The same source acknowledged that Ndlovu and Mo Flava were “gelling quite well and had made a great team”.

SABC spokesperson Vuyo Mthembu said: “The SABC is in the process of reviewing contracts of freelance on-air talent as well as the various programmes in line with industry best practices.

“This is an annual process, which takes place in February and March and is informed by various factors such as revenue, audience performance of the specific programmes or shows, return on investment, as well as the strategic direction of the various SABC platforms.

“Should there be any programme and/or line-up changes, the SABC will communicate to its respective stakeholders accordingly.”

Meanwhile, Radio 2000 management is believed to have acquired the services of former Real Goboza presenter Phat Joe to take over from Justice (Just Ice) Ramohlola to present the morning drive show at the station.

Phat Joe, real name Majota Khambule, declined to comment. Just Ice was said to have been given an evening slot from 9pm to midnight and will be replacing his erstwhile sidekick David Mashabela.

Just Ice referred questions to the SABC, saying that the station manager, Puleng Thulo, was better placed to provide clarity on the matter.

The plan, according to a senior official at the station, is to take on Metro FM’s DJ Fresh.