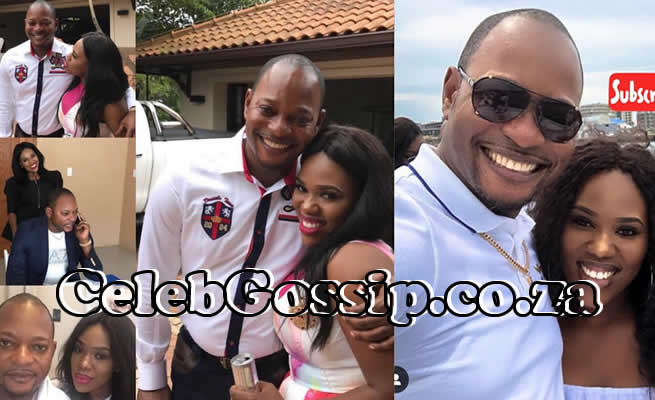 UZALO actress, Gugu Gumede (28), who is popularly known as MaMlambo on the show, has been accused of being a little too close to her spiritual father, Pastor Alph Lukau.

This is the same pastor whose video of raising a seemingly dead man has been trending and making headlines. Gugu speaks exclusively to Move! and says Pastor Alph is merely her spiritual father.

Gugu has been a member of the Alleluia Ministries International for about three years. Not only was she a member, but she also did media relations for the church. This included sharing videos that promoted the church and its upcoming events. Over the years, Gugu developed a spiritual relationship with her pastor and saw him as her father.

“I’ve never had a father figure in my life and Pastor Alph has played that role,” she says.

In recent weeks, some people on social media have said that Gugu and Alph are a little too cosy in some photos Gugu shared on her Instagram page.

Gugu, who was saddened by these theories, said, “He is my spiritual father and there is nothing I can do if people think there is more to it. I respect him and his family and would never do something like that.”

The actress, however, distanced herself and refused to comment on the video of the pastor allegedly raising a man from the dead. Sean Sim, Pastor Alph’s legal representative, says, “Our client confirms that while Ms Gumede is a member of Alleluia Ministries International, and while Pastor Lukau and his wife, Celeste, regard Ms Gumede as their spiritual daughter there is no relationship beyond this.”

In recent weeks, Pastor Alph has been trending for apparently raising a man from the dead.

In the video, which can also be seen on the pastor’s Instagram page, a seemingly dead man in a coffin supposedly came back to life thanks to Pastor Alph’s prayer.

The man was apparently being accompanied by his family to be buried in Zimbabwe when they stopped at Alleluia Ministries International.

According to the church, when Pastor Alph saw the man in the coffin, his eyes were slightly opened, his tongue was moving and he was still breathing.

Upon being touched by the pastor, the man, known as Brighton Moyo, rose in a zombie-like state. However, it was widely speculated that the video was fake and that Brighton, who was referred to as Elliot in the video, was allegedly paid to perform the stunt. One of Brighton’s neighbours said, “That man was never sick or died. His wife once tried to recruit me to act at the church and said that they specifically wanted people who can speak English. There is also an incentive for good acting.”

Pastor Alph released a statement and said that he and the church had experienced unwarranted and bias attacks.

“Alleluia Ministries International and Pastor Alph want to make it abundantly clear that they remain steadfast in their belief that through the power of God, people cannot only be healed but they can also be resurrected from the dead. God’s power, simply put, knows no bounds… At no stage did Pastor Alph claim that he resurrected the person shown in the video, who was identified by his family members as Elliot. From the video footage it is clearly stated that when the mortuary vehicle arrived at the church premises there was already movement in the coffin. Prior to even praying over Elliot, Pastor Alph says Elliot is in fact breathing,” read the statement.

When Gugu was just 18 years old, her mother who is also the leader of the National Freedom Party, Zanele KaMsibi-Magwaza, saw how passionate she was about acting and registered her at one of the best acting schools in the United States (US).

Gugu lived in Los Angeles (LA) and had built a life for herself there. However, while visiting South Africa, her mother fell ill. As a result Gugu couldn't return to the US because she had to take care of her mother. She stayed in South Africa and made a name for herself in the TV industry.